Puerto Rico Has No Easy Path Out of Debt Crisis

Observers see a default, then an eventual government shutdown; ‘this is going to be painful’ 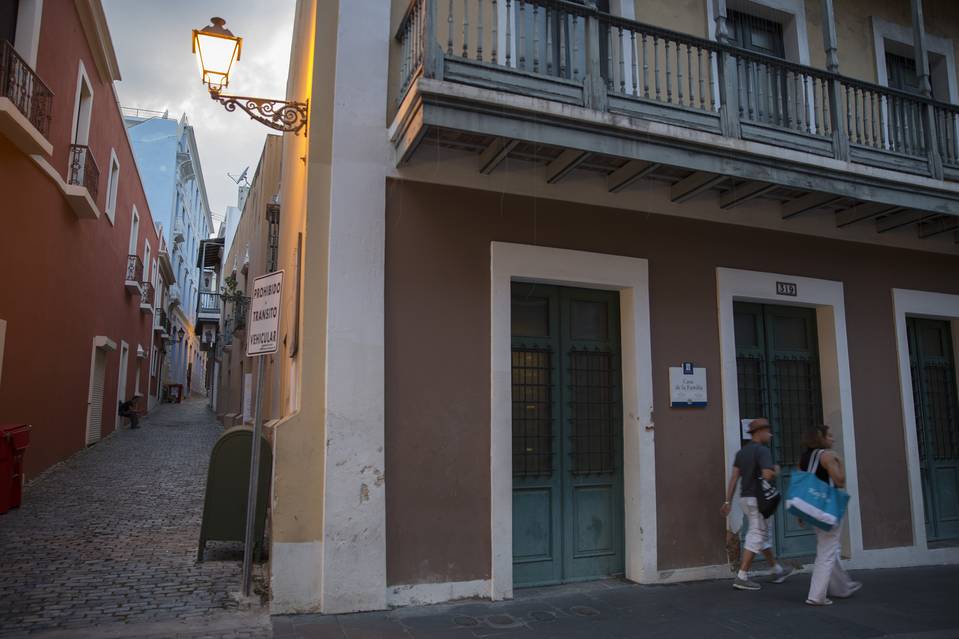 Its economy has been mired in recession for years. The public is fed up with austerity. Investors want big premiums to lend to a government deep in debt, with no ability to devalue its currency.

Greece? Try Puerto Rico, the U.S. commonwealth whose long-simmering debt crisis—its $72 billion debt equals nearly 70% of its economic output, far more than any U.S. state—is about to come to a boil.

The commonwealth’s governor, Alejandro García Padilla, is expected to lay out in a speech on Monday next steps that could include calls for significant concessions from the island’s creditors, according to people familiar with the matter.

The change in course for the central government comes months after it commissioned former International Monetary Fund officials to draft a long-term plan for the commonwealth’s finances, which is expected to offer a grim assessment.

Credit-rating companies this week expect the island’s electricity provider, which has borrowed $9 billion, to miss a payment to creditors, in what would be one of the largest municipal defaults ever.

Things don’t get better after that. Analysts believe the central government will run out of cash as soon as July, which could lead to a government shutdown, employee furloughs and other emergency measures.

“This is going to be painful for the next two to three years,” said Rep. Pedro Pierluisi, the island’s Democratic representative in the U.S. House, in an interview. “The government is facing serious cash-flow issues.” 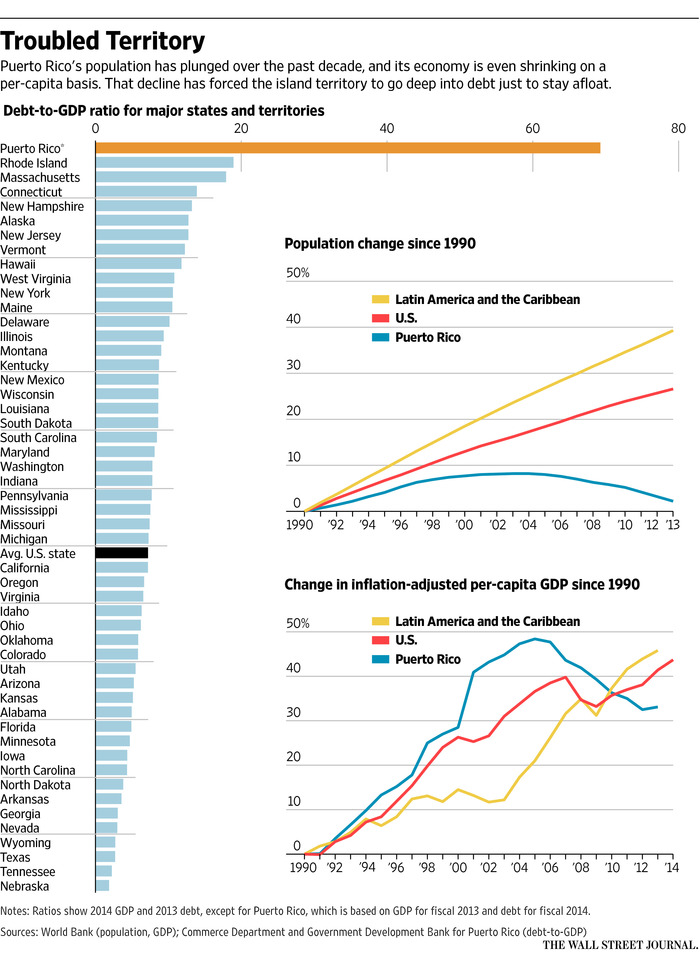 Many analysts have concluded the island has more debt than it can afford to repay given its listless economy.

So how did the U.S. end up with its own version of Greece?

Puerto Rico’s problems date to the end of the Cold War, when the U.S. began closing military bases on the island, whose residents have American citizenship but don’t pay federal tax on their local income.

The expiration of corporate tax breaks in 2006 prompted an exodus of pharmaceutical and other manufacturers, nudging the island into a deep recession.

As the economy has worsened, migration to the U.S. mainland has accelerated, further shrinking the tax base. Puerto Rico’s population has fallen 4.7% since 2010 to 3.5 million, a period when the U.S. overall grew 3%.

The government—the island has a governor and a legislature, as well as its own constitution—borrowed heavily to balance its budget and has run deficits, which are prohibited for most states, for the past decade. Congress enabled this borrowing spree by granting Puerto Rico the unusual power to issue bonds that aren’t subject to federal, state or local tax.

The upshot is that Puerto Rico, seized from Spain after the Spanish-American War of 1898, has amassed debt that is nearly half that of California’s for a population that is less than one-tenth the size.

The economy, meanwhile, faces big structural problems. Sprawling bureaucracy and high electricity costs stunt business investment. Tax evasion runs rampant. Unemployment is high, at 12%, and fewer than half of all civilians are in the labor force, compared with around 63% on the mainland.

Economists say a bloated welfare state discourages work—the share of the working-age population on disability is nearly 50% higher than in the 50 states —while a minimum wage that is high relative to productivity and local income reduces job opportunities for young and low-skilled workers.

The rolling liquidity crises will only make matters worse. A one-time federal appropriation for health-care expenses that runs out after mid-2018 threatens to leave another gaping hole in the budget.

What are the options? It’s not clear that Puerto Rico could return to the credit markets. Even if it could, investors would demand higher yields, which “takes away the tools available to deal with their economic problems,” said Joseph Rosenblum, director of municipal research at AllianceBernstein.

Treasury Department officials have been shuttling between Washington, New York and San Juan this year to encourage officials to close budget gaps. Any financial lifeline from Washington seems remote. Officials have repeatedly stated that a federal bailout isn’t on the table.

“We don’t expect the federal government to come to the rescue,” said Ted Hampton, an analyst at Moody’s Investors Service. “It would really raise a lot of questions.”

Puerto Rico’s bonds are largely held by U.S. mutual funds, which together with bond guarantors will suffer losses as defaults rise. The crisis doesn’t appear likely to spill over to the rest of the $3.7 trillion municipal-bond market because the economic problems are specific to Puerto Rico, said Mr. Hampton.

The island’s unique territorial status also means it lacks the legal tools available to U.S. municipalities or foreign countries to restructure its debt. As a commonwealth, it is excluded from Chapter 9 of the U.S. bankruptcy code, though the island has been working to change that. Nor can it devalue its currency—the U.S. dollar—or seek assistance from the IMF.

A federal judge earlier this year voided a local law that would have cleared a path to restructuring for public authorities, including the electric utility. A bill introduced in Congress would permit the island to let those entities access Chapter 9 protections, but it hasn’t moved anywhere and faces opposition from hedge-fund creditors and some conservative Republicans.

Many observers suspect all roads will lead to the same place—restructuring the debt. The question is how long it takes to get there.