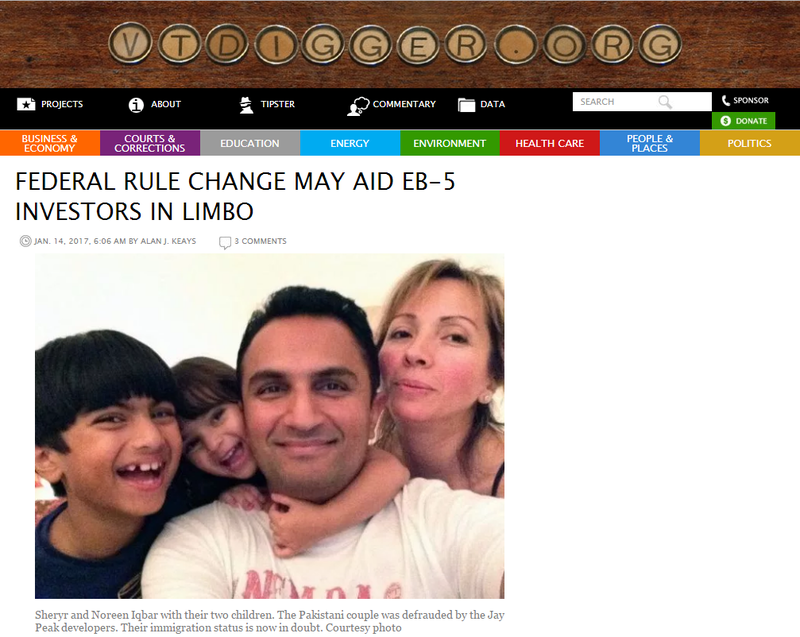 More than 400 foreign investors whose quest for U.S. residency was derailed when they were defrauded by the developers of Jay Peak may soon get some relief.

The U.S. Department of Homeland Security is proposing a rule change to the EB-5 immigrant investor program that could allow hundreds of investors in Northeast Kingdom projects led Ariel Quiros, Jay Peak’s owner, and Bill Stenger, the resort’s former president, a second shot at obtaining a green card.

Among the many proposed updates to the program, a provision would allow investors who put money into one project the ability to reinvest funds into another that might have better prospects of succeeding and meeting the program’s job creation requirements.

The rule change would allow the defrauded Jay Peak investors to recoup money through the sale of assets, settlements, or other litigation and reinvest in another qualified EB-5 project.

They would not lose their place in the long line of foreign investors seeking green cards through the program, which would make a difference of several years.

“This change would provide greater certainty and stability for investors in their pursuit of permanent residency in the United States, helping lessen the burden of situations unforeseen by the investor related to their investment,” a Department of Homeland Security summary of the proposed rule change states.

Other changes include raises the program’s minimum investment requirements, jumping to $1.35 million from $500,000 in rural, high-unemployment rural areas, and to $1.8 million from $1 million for other projects.

Also, a new system to determine rural, high-unemployment areas would be implemented, seeking to better target those zones rather than benefiting more affluent communities that may be nearby. 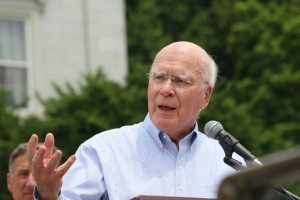 “The Department of Homeland Security’s proposal is a significant step toward improving the flawed EB-5 Regional Center Program,” Leahy said in a statement. “By providing a much-needed increase in investment levels and by reining in abusive gerrymandering practices, these changes will help restore the program so it creates meaningful jobs in distressed and rural areas as Congress always intended.”

According to a Department of Homeland Security summary of the proposed rules, the changes are meant to modernize the program as well as, in some cases, codify existing practices.

The department is accepting public comment on the proposals for 90 days, through April 11. Any rule change would not go into effect until sometime in the summer, at the earliest.

Notice of the rule changes comes days before President Barack Obama leaves office and President-elect Donald Trump takes his place. It’s unclear how Trump, who has pledged to increase deportation, will view the proposal. His administration could scuttle the changes.

“It will now be up the new administration to see that these improvements are implemented and enforced,” Leahy said in his statement.

The proposed changes also have support from across the aisle.

“I am pleased that the Department of Homeland Security has proposed increasing the investment amount and curtailing gerrymandering in this immigration program,” House Judiciary Committee Chairman Bob Goodlatte, R-Virginia, said in a statement.

“I urge President-Elect Trump to finalize these common-sense and long overdue proposals to strengthen the integrity of this program so that it benefits the American economy,” Goodlatte added.

The proposed rule changes also come as the program is set to expire April 28 unless Congress acts to reauthorize it. The program has been set to expire several times in recent years only to be extended right before the deadline with no changes — despite reform efforts by Leahy, as well as other members of Congress, including the chairs and vice chairs of both the House and Senate judiciary committees.

The proposed rule changes could spur more support in Congress to make more comprehensive reforms to a program that Leahy has said is “rampant” with fraud.

Leahy has voted against extending the EB-5 program twice in the past year, saying without reforms it should be scrapped.

The Vermont senator and others members of Congress who supported the reform legislation have also been seeking changes to the program through the U.S. Department of Homeland Security, which oversees the EB-5 program.

Leahy in the past had been a vocal supporter of the EB-5 program and has close ties to Stenger. The Vermont senator has said if the allegations against Stenger were proven true, he would feel betrayed.

Stenger and Quiros raised money for several years through the EB-5 program to fund a series of expansion projects at Jay Peak and other developments in the Northeast Kingdom, including a hotel at Burke Ski Resort. Then, in April, federal and state lawsuit accused the two developers of misappropriating $200 million of the roughly $350 million they raised through the EB-5 program.

In addition, federal regulators said, Quiros diverted $50 million in investor funding for his personal use.

Foreign investors in those EB-5 funded projects put up at least $500,000, plus an administrative fee. The investment had to lead to the creation of 10 jobs for an investor to become eligible for permanent U.S. residency. 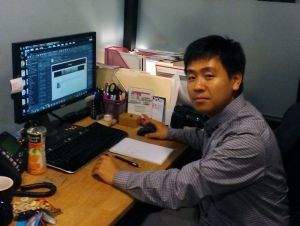 Minggan Wei sits in the Boston office of his company, LobsBoston. Wei, an investor in Q Burke, says he is out $500,000, and his immigration status is in doubt because of the alleged fraud perpetrated by Bill Stenger and Ariel Quiros, the Jay Peak developers. His student visa expires in February.

For as many of 400 of the investors in three projects headed by Quiros and Stenger, their immigration status is in doubt due the alleged fraud and lack of job creation associated with the projects they invested in. Many have been granted temporary visa extensions. However, their permanent U.S. residency remains in question.

The AnC Bio Vermont project, for example, proposed to be built in Newport by Stenger and Quiros has been called by federal regulators “nearly a complete fraud.” The proposal called for building a $110 million state-of-the-art biomedical center producing hundreds of jobs that never materialized.

Under the proposed rule change, an investor in that project could use money recouped for them through the sale of assets, settlements, or other litigation, to reinvest in another qualified EB-5 project and not have go to the back of the line to obtain their green card.

In total, eight projects headed by Quiros and Stenger in the Northeast Kingdom attracted more than 800 investors from 74 countries.

Stenger, in September, settled the federal lawsuit against him brought by the U.S. Securities and Exchange Commision. He faces a possible monetary penalty based on his level of cooperation and ability to pay. He still faces the state lawsuit.

Quiros, who has denied wrongdoing, is challenging both lawsuits.