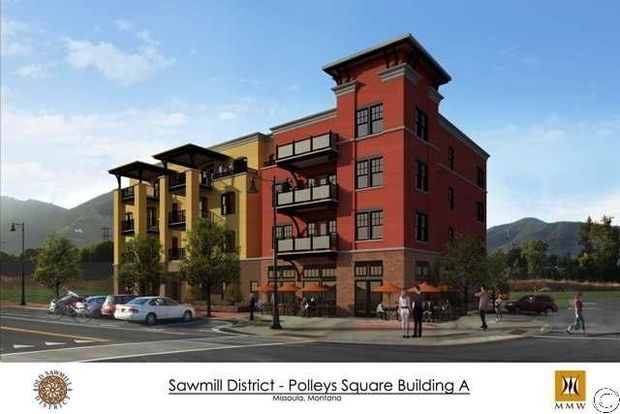 A 20-unit condo project, student housing and executive-style apartments planned for the Old Sawmill District this year will receive a portion of $23 million from foreign investors under a federal visa program managed in Montana by the Northern Rockies Regional Center.

“We now have 46 foreign investors who have each made a $500,000 commitment to the Missoula community. It has a ripple effect, a broader effect. They now have roots in our state and they’re interested in expanding their participation in our economic development.” - Arnold Sherman

Nearly $23 million in foreign investment authorized under a U.S. visa program is helping fund several large projects heading for the Old Sawmill District in Missoula, the first of which broke ground Tuesday.

The prestigious Yellowstone Club and a gold mine near Boulder also are looking for foreign capital, according to managers who run the EB-5 visa program in Montana at the Northern Rockies Regional Center, located in Missoula.

“In April 2011, we were officially deemed a regional center,” said Arnold Sherman, one of the center’s managing directors. “That has its own special designation, its own status that’s required for visa applicants to get certain privileges as it relates to job creation.”

The EB-5 program, run by the U.S. Citizenship and Immigration Services, was established by Congress in 1990 to stimulate the economy by allowing foreign individuals to invest in projects that create American jobs.

The minimum qualifying investment is $1 million, or $500,000 in rural areas. In return for their investment, the individual and his or her family receive residential status for two years. If their investment creates at least 10 jobs, the investor receives U.S. citizenship.

“We now have 46 foreign investors who have each made a $500,000 commitment to the Missoula community,” Sherman told members of the Missoula Economic Partnership on Tuesday. “It has a ripple effect, a broader effect. They now have roots in our state and they’re interested in expanding their participation in our economic development.”

Ed Wetherbee, who also serves as managing director for the Northern Rockies Regional Center and is a partner in the Old Sawmill District, said $23 million has been committed to the Missoula development through the EB-5 program.

Wetherbee estimates the funding will pay for roughly 15 percent of the larger project, which carries an estimated $200 million price tag when fully built on what once served as an industrial site.

“This project is benefiting from the EB-5 program, as well as local bank financing,” said Wetherbee. “The program is an important piece of the entire puzzle.”