Hope for immigrant investor program still flickers in the Valley 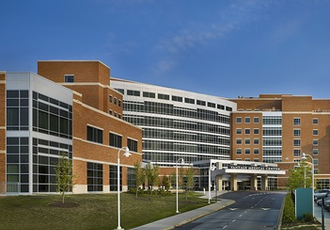 Attorney Rey Ortiz leaned back in a leather chair inside his old world styled office while his fluffy white cat, Athena, stretched after a nap on a stack of papers on the corner of his desk. Ortiz said he’s been watching the EB-5 immigrant investor program for years and even started his own company — RGV EB-5 Regional Center — to help wealthy entrepreneurs invest in the United States in exchange for a visa and possible U.S. citizenship.

A slew of projects popped up across the Rio Grande Valley in 2011 as Mexican nationals flocked to the United States to escape drug cartel violence, he said.

“You had a lot of people rushing over here a few years ago because of all the violence,” said Ortiz, who created the RGV center last year. In the Valley, foreign investors are enticed with promises of citizenship in exchange for a $500,000 investment in a local business and the creation of 10 jobs.

But that bubble has seemed to burst and no finished EB-5 projects have been reported despite efforts in McAllen, Hidalgo and Pharr. The program also appeared to fall flat locally when FBI agents raided the offices of USA Now, the city’s first EB-5 regional center accused of misleading more than 150 Mexican investors through a Ponzi scheme in July 2013.

“Things have calmed down a little bit, but there are still problems. So people are coming over, but they are more cautious,” Ortiz said.

Paperwork and a long drawn out process that includes setting aside investors’ money in an escrow account until the federal government approves visas often means investors are skittish, especially those looking for a quicker return on investment.

“You have some distrust from the investor side, but it’s a great program,” Ortiz said. “We’re working on several projects at the moment, but there’s not one we’ve completed so far.”

Many Mexican investors opt for the EB-2 program that doesn’t provide a path to citizenship but offers business-related travel visas to the investor.

“They may invest and educate their children in the United States but they might not necessarily need or want to become an American citizen,” he said.

As of June 1, U.S. Citizenship and Immigration Services approved 676 regional centers across the country and some operate in multiple states. There are at least five listed in the Valley, but USA Now’s permit has been revoked.

The EB-5 investor program is slated to expire in September, but it’s been extended every year since its inception two decades ago. Each year, the U.S. Congress allocates 10,000 visas for foreign investors, but that includes dependents and spouses. Chinese nationals accounted for 85 percent of EB-5 visas approved last year.