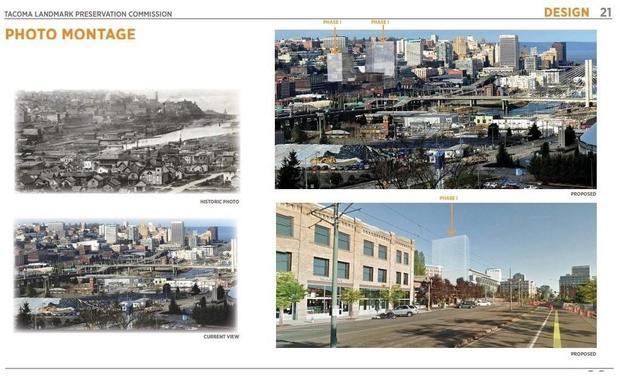 The developer proposing to build a “4-star hotel” in downtown Tacoma, next to the convention center, has started discussions with two operators with very different business models.

One, Bellevue-based Coastal Hotels, manages four boutique hotels and resorts in the Pacific Northwest and one in Tuscon, Arizona. The other, Virginia-based Interstate Hotels & Resorts, manages more than 450 properties worldwide, many under well-known brands such as Hilton and Marriott.

Both operators confirmed talks with Yareton Investment and Management LLC, which plans to build a 24-story, 300-room hotel tower next to the Greater Tacoma Convention & Trade Center. The city of Tacoma owns the land, and it entered into a development agreement with Yareton last fall. In addition to the hotel tower, Yareton plans a second, 140-foot-high residential tower with 144 units. That work would be in a second phase beginning after the hotel project is complete.

Yareton completed its first due-diligence phase on the hotel at the end of May, and the details about the hotel operators were included in a report and associated documents to the city.

Beyond confirming the negotiations, both operators declined to comment about the potential Tacoma hotel. The largest hotel Coastal manages is Semiahmoo Resort in Blaine. It has 212 rooms, a spa, restaurants and two golf courses. Interstate operates properties with as few as 12 rooms to as many as 1,358, including 31 properties that have between 300 and 400 rooms. The Crowne Plaza Seattle Downtown, at 415 rooms, is one of Interstate’s four Washington hotels.

Yareton’s agreement with the city of Tacoma is to provide a “4-star hotel,” though the definition of that isn’t clear. Elly Walkowiak of the city’s economic development department, who is the city’s point person on the hotel project, said last week that while there isn’t a hard-and-fast definition of “4-star,” there are general industry standards that hotel brands apply. They include things such as in-house restaurants, spas and other high-end amenities.

The development agreement isn’t specific because the burden on proving the hotel is a “4-star” is on Yareton, she said.

“You hate to dictate too much in the development agreement that gets in the way of the ultimate goal: We want a luxury hotel in downtown Tacoma,” she said.

Yareton, a subsidiary of Shanghai Mintong Real Estate Co. Ltd., now enters into the second and longer phase of due diligence, with the goal of starting construction in fall 2016 and opening no later than December 2018. Yareton has been meeting with several city departments and has gotten several preliminary approvals from the city’s Landmarks Preservation Commission. Because the hotel is in the Union Station Conservation District, the commission will have to approve the building’s final design before building permits can be issued.

Last fall, Yareton made the first of two earnest money payments of $575,000 each to the city. The second $575,000 is now due. Walkowiak said she advised Yareton to wait on making the payment until the city gives administrative approval of the development plan. She expects that to happen by the end of this week, she said Tuesday.

Other details from the initial due diligence report:

•  Parking: Yareton was required to provide the city with a quantity and estimated price for parking stalls in the project’s garage. As required by the development agreement, Yareton plans 200 stalls for the hotel and other commercial tenants. It is offering to build an additional 89 stalls for the city, at a cost of about $2.5 million, or about $28,000 a stall. By comparison, Walkowiak said, the stalls once proposed for the building next to the McMenamins Elks Temple ran about $36,000 a stall. The city ultimately rejected subsidizing the parking in that building, which was its death knell.

The project itself will displace 160 surface parking spots, but Walkowiak said there was no requirement that Yareton replace those stalls. City staff now will analyze the income-producing potential of the spaces and make a recommendation to the city manager on whether to buy the 89 stalls within the next two months.

It’s an all-or-nothing offer. The extra stalls would exist on one level, which the developer won’t build unless the city purchases all 89.

•  Financing: The design and budget for the hotel complex is $85 million, Yareton said. The company will finance the project with $34 million of equity investments, garnered through the federal foreign investment program called EB-5, and $51 million in debt. Yareton said it has “commenced negotiations” with local construction lenders.