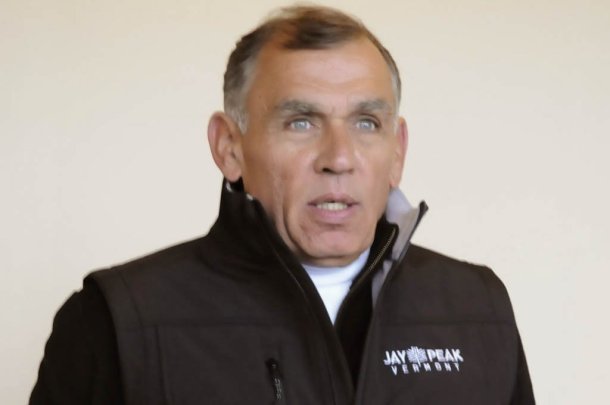 Ariel Quiros, the man at the center of fraud allegations in the Northeast Kingdom, is asking a federal judge in Miami to lift a freeze on his assets so he can mount a legal defense and “feed his family.”

Attorneys for Quiros say the Securities and Exchange Commission “abused its authority” when federal regulators froze all of the businessman’s assets last week, “down to the last penny,” hamstringing their client’s ability to mount a legal defense.

In a filing with U.S. District Court in Miami, Charles Litchman with the Florida firm Berger Singerman LLP said the SEC’s action is overly broad.

Litchman is seeking to limit the freeze on assets to the alleged $50 million in “ill gotten gains.” Freezing all of Quiros’ assets, he says, is “an improper penalty.” Money should be released to pay for legal and living expenses, he writes.

“Most alarming in the SEC’s sudden rush to Court is that, despite the claim that Quiros ‘looted’ $50 million in investor funds, a claim Quiros will show to be demonstrably false, the SEC has now frozen assets in excess of three times that which it would ever be entitled to recover under a theory of disgorgement,” the attorney writes.

Last week the SEC filed suit alleging that Quiros and his partner, Bill Stenger, misused $200 million out of $350 million collected in investor funds through an EB-5 development program in the Northeast Kingdom. Of that amount, he is accused of pocketing $50 million for his own personal and business uses. The state of Vermont is also suing both men.

The SEC has charged Quiros and his partner, Bill Stenger, with 52 counts of securities violations for running a Ponzi-like scheme in which the developers allegedly co-mingled investor funds. Both men face charges that they misused funds and made misrepresentations and material omissions to investors in the EB-5 immigration program. Foreign investors in a stalled Newport biotech project, the regulators said in the lawsuit, “are in grave danger of losing their investments and having their immigration petitions denied.”

Stenger on Wednesday, for the first time since the charges were filed last week, said publicly that he didn’t think “anything wrong was going on.”

Litchman says the SEC is trying to punish the businessman for turning a profit on the projects he’s built in Vermont.

The SEC allegations, he says, are “belied by the fact that five of the seven Projects implicated in the Complaint are fully operational developments that generate revenue and continue to provide returns to the State of Vermont and investors.”

The construction, development and operation of the EB-5 projects at Jay Peak and Q Burke have resulted “in the creation of hundreds of jobs and infusion of millions of revenue into the State of Vermont.”

Quiros’ attorney says the SEC’s case is premised on “an incorrect argument that Quiros and his affiliates were only entitled to receive a limited amount of investor funds from each of the limited partnerships.”

Investor agreements, he writes, not only authorized the use of significant investor funds for the developments, it also permitted “substantial compensation” for the developers.

“When, through ordinary commercial real estate development transactions that the SEC misunderstands, Quiros and his affiliates received more than the amounts the SEC believes they were entitled to, the SEC concludes that Quiros misappropriated investor funds,” Litchman wrote.

Litchman alleges the SEC cast “a wide indiscriminate net” and names affiliates of Quiros that “participated legitimately” in the operations and development efforts of Jay Peak, Q Burke and AnC Bio Vermont.

Quiros has said in a deposition taken by the SEC that he took out margin loans against the money from investors. His attorney says the limited partnership agreement did not preclude the use of investor money “to pay down and pay off margin loans.”

Litchman says his client fully cooperated with SEC investigators and produced thousands of pages of documents and testified twice.

Much of the alleged misconduct, Litchman writes, “occurred outside of the applicable five-year statute of limitations.”