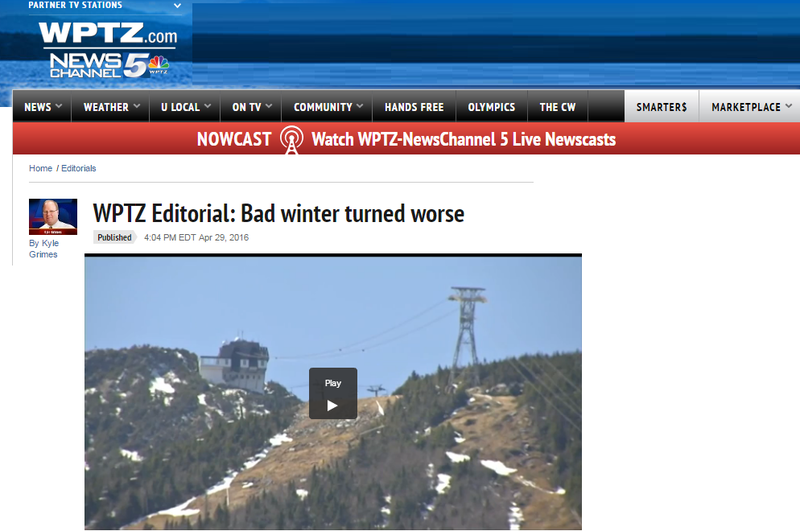 A winter with very little snow is proving to be the least of the worries for folks in northern Vermont.

For the thousands of people who rely on Jay Peak and the yet-unopened Burke resort, these are unsettling times.

The legal system will ferret out who’s responsible for the apparent misappropriation of some $200 million.

That will come in time.

More immediately, our concern is for the hundreds of jobs and millions of dollars in economic impact that could vanish a lot faster than it took to transform a struggling rural area.

The court-appointed attorney now managing the properties has painted conflicting pictures of their viability. We hope his rosier view proves to be on point.

This mess also points to a needed review of how the EB-5 program is being implemented and monitored.

For our dozens of other ski areas, there’s the hope of a better winter with more snow in 2017. For Jay Peak, we just hope there’s a 2017.