HDRC board members said they liked the upscale apartment building, called the Floodgate, but they wouldn’t approve the project until they had more details of its design on the ground level where it will have outdoor seating and a retail-lined passageway linking the River Walk and East Commerce Street. The project was sent back for design changes. 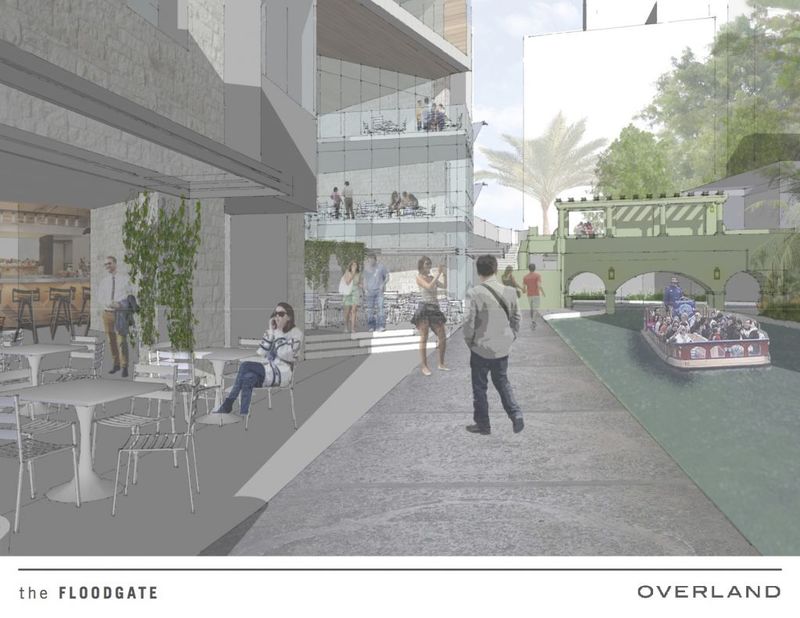 “I’d very much like to see it go forward, and the idea of residents downtown … is a good idea,” said Michael Connor, vice chairman of the HDRC. But he had a “major concern about how this building is meeting the ground.”

The developments receiving conceptual approval included a 19-story hotel and condo tower on the River Walk across from the Tobin Center for the Performing Arts that will be the first Texas location of the Thompson Hotels chain, as well as a location of Hilton’s new midscale Tru hotel chain going into a historic building near Shops at Rivercenter. 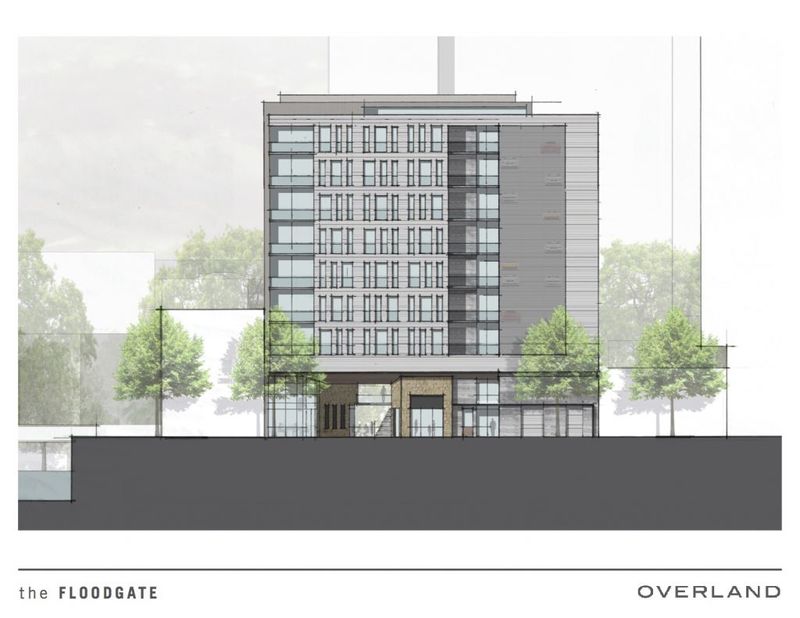 Developers have revealed several other major projects recently, including a 30-story luxury apartment tower on the River Walk and a 24-story Hilton hotel a few doors down from the Floodgate.

Local leaders credit the recent development surge to the Decade of Downtown initiative begun in 2010 by former Mayor Julián Castro — a plan to use tax incentives and infrastructure improvements to attract developers, residents and businesses back to the city’s core business district. 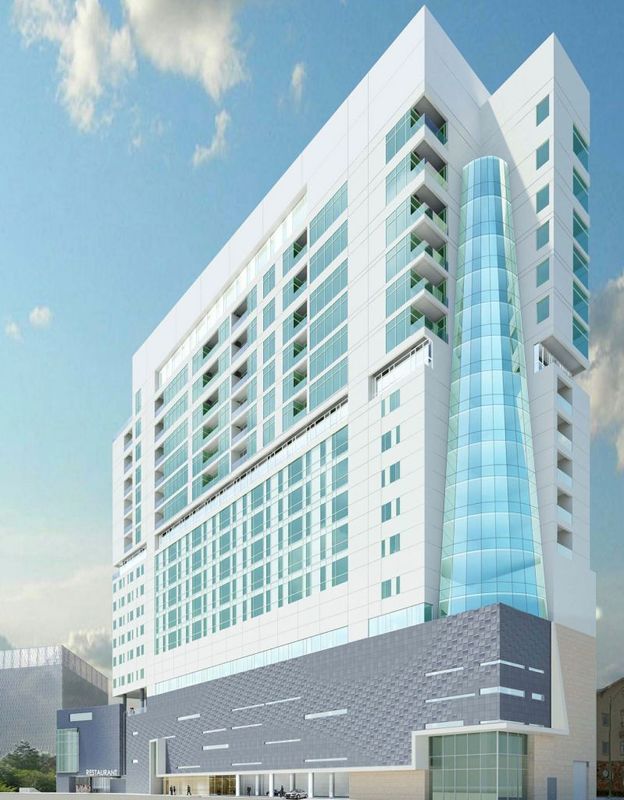 Developments to the north and south of downtown, such as the Pearl and the area around the Blue Star Arts Complex in Southtown, also have helped by making investors more confident about building in the center city, said Pat DiGiovanni, CEO and president of Centro San Antonio.

“It’s also the economic climate and the kinds of investors that want to do business here,” he said. “Those things in combination, and the incentives the city put in … have, without a doubt, culminated in the kind of development pattern we’re seeing. The key is to keep the momentum going.” 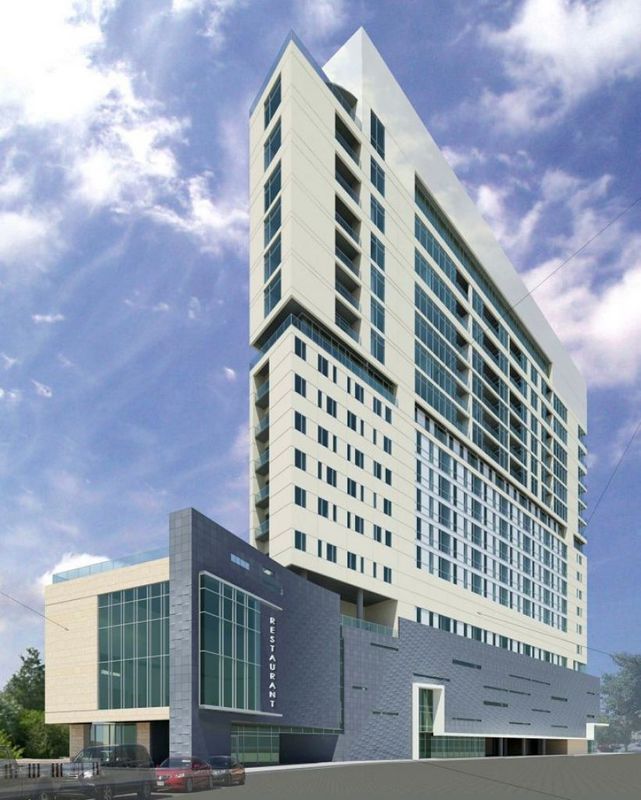 Hundreds of millions of taxpayer dollars have been spent on downtown improvements since Castro’s initiative began, including a $325 million renovation of the Convention Center and $86 million for upgrading downtown streets and sidewalks. Developers also have invested millions of dollars in other projects, including the renovation of the Joske’s building at Shops at Rivercenter.

In 2012, City Council approved the Center City Housing Incentive Policy, which offers loans and incentives for housing developments in 36 square miles of San Antonio’s core, including property tax rebates and waivers of water impact fees. The program has provided $69 million in tax abatements, fee waivers for city and water services as well as forgivable loans for mixed-use projects that included retail space. 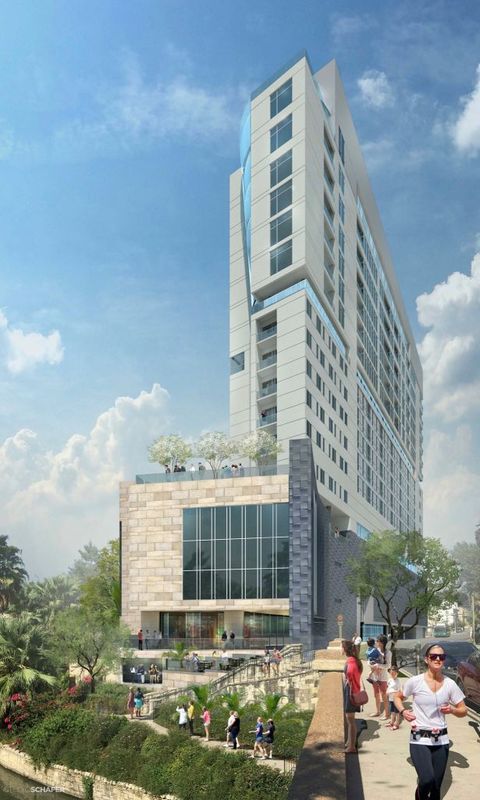 Local developer Keller Henderson has proposed demolishing a dilapidated row of buildings on East Commerce Street for the Floodgate, which will have seven floors of residences and three floors of retail. Two of the buildings targeted for demolition are designated as historic landmarks, but their original facades were replaced in the ’50s and ’60s, and they’ve fallen into such disrepair that they’re no longer commercially viable, Henderson said in a letter to the HDRC.

The building will have an automated parking garage and 55 one-bedroom apartments between 900 and 1,300 square feet, marketed toward urban professionals. 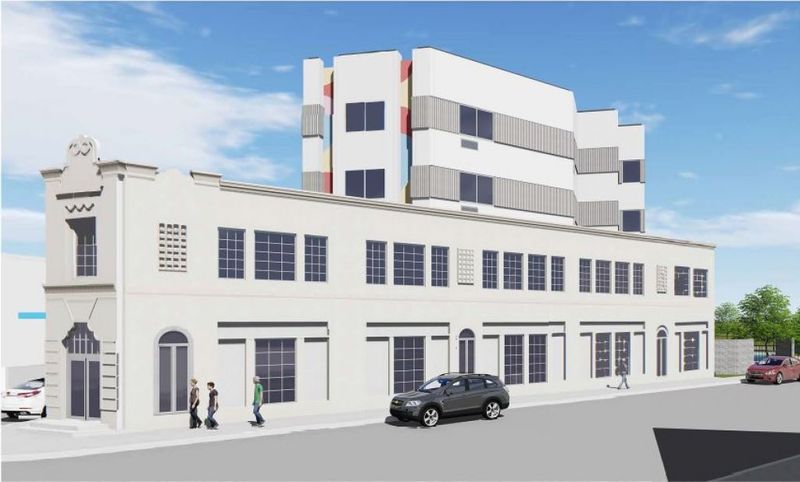 “I thought it was very, very positive,” Henderson said after the meeting. He said he still needs to line up the financing for the project, declining to estimate its cost.

The 19-story Thompson Hotels tower will have 167 boutique hotel rooms, 61 condos, a sky bar on the top floor and a “chef-driven” restaurant on the River Walk. It will have landscaping inspired by the Hill Country and zinc panels on its ground-level exterior in a pattern intended to mimic the exteriors of the nearby Tobin Center and the Tropicano Hotel, said Jeffrey Brown, a founding partner of Powers Brown Architecture, which drew plans for the project. 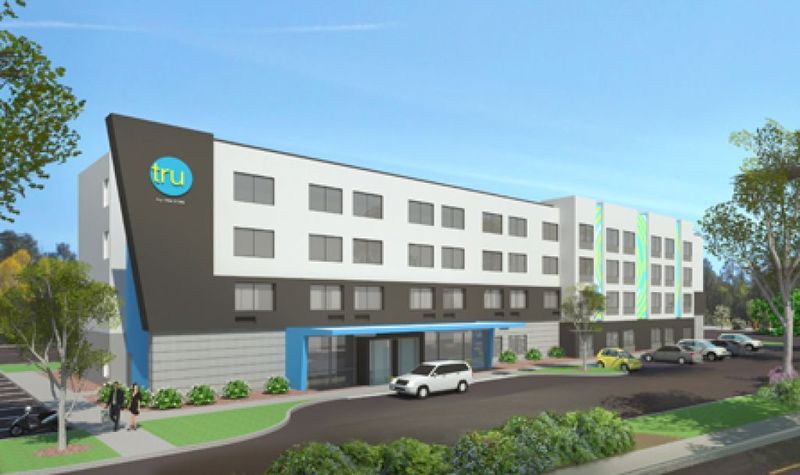 The developers include Roberto Contreras, CEO and president of Houston EB5, a limited-liability corporation that helps foreign investors gain permanent residency in the U.S. in exchange for making investments in the Houston real estate market. Houston EB5 is in the process of building several condo towers in Houston.

HDRC board members complimented the building’s design but expressed misgivings about its effect on pedestrians. 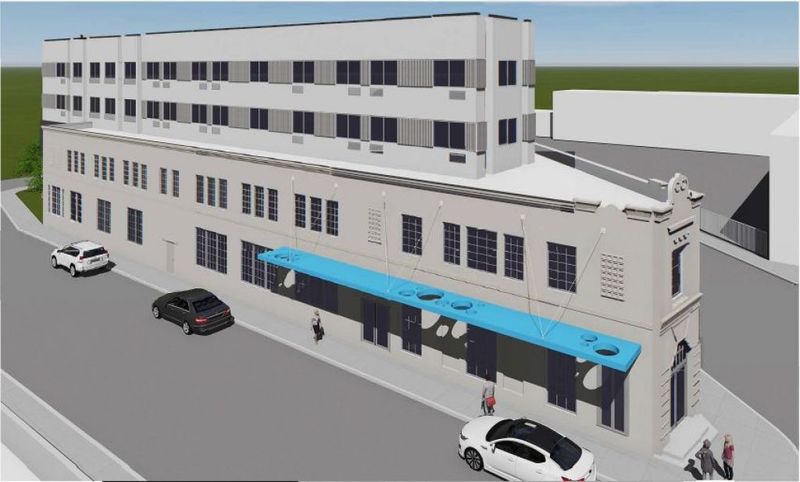 “I’m not convinced that it will be a kind element when it comes to pedestrian experience on the river, particularly because of the thrust of it," Connor said. “Overall, I want to commend you. It’s a fine piece of work.”

The Tru by Hilton hotel would go into a two-story ’20s-era building at 901 E. Houston St., close to the Shops at Rivercenter mall. The developer, Baywood Hotels, would add a four-story addition to the back. The historic building, known as the Gillespie Ford and Bimbi Shoes building, was built around 1930 in the Spanish Eclectic style, according to HDRC documents.