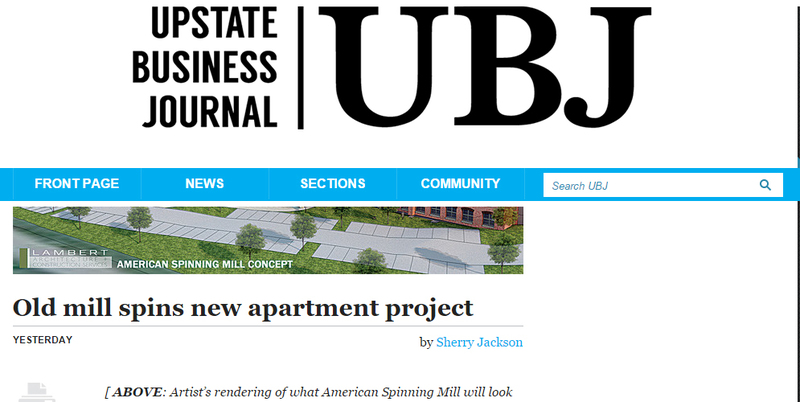 The American Spinning Mill, part of Greenville’s textile heritage, has sold to a Virginia developer who plans to turn the former mill into loft-style apartments.

The property consists of three separate buildings, which have high ceilings, original oak floors and exposed brick. It is considered “one of the most attractive redevelopment sites in the state,” according to CBRE. 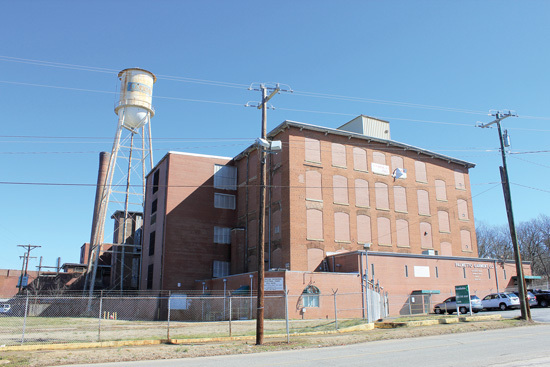 Nick Hollstegge, associate with CBRE, represented the seller, White Horse Properties of Greenville, which was mainly using the property for warehouse and storage needs.

This is ASGA LP’s first foray into two new spaces – South Carolina and mill conversions – according to the company’s website. Of the $49.8 million, $7.5 million will come from EB-5 investors along with additional state and federal tax credits the company is applying for. EB-5 is a program created by Congress in 1990 as part of the United States Immigration Act. The program was created to stimulate the U.S. economy through job creation and capital investment by foreign investors.

While it will take a lot of work to transform the property, it’s in a lot better shape than most mills, said Hollstegge. The 12.77-acre, 365,385-square-foot property had been listed for about two years. “It’s the missing link between downtown and Cherrydale,” he said. “This won’t be your standard cookie-cutter apartment complex. The historic nature of the property when redeveloped will offer something pretty unique.”

Paul Ruby with ASGA LP said details on the redevelopment such as amenities and breakdown of units are still being worked out, but construction is planned to begin in August and is expected to take 18-20 months.

“ASGA has done a number of historic projects in very exciting places across the country,” said Ruby. “We’re really excited about this one as it’s a very unique project. We’re looking forward to putting a structure in the community that everyone will appreciate.”

The mill, built in 1894, was originally known as the Sampson Mill, named after Oscar H. Sampson of Sampson Hall & Co who was a Boston selling agent for various textile mills and one of the founders of Camperdown Mill. Sampson purchased the property in 1891 and lined up investors. In 1895 operations began and the business was incorporated as American Spinning Company. American Spinning continued operations until 1990 when the doors closed.