Amid struggles, SLS reaffirms its efforts to attract locals 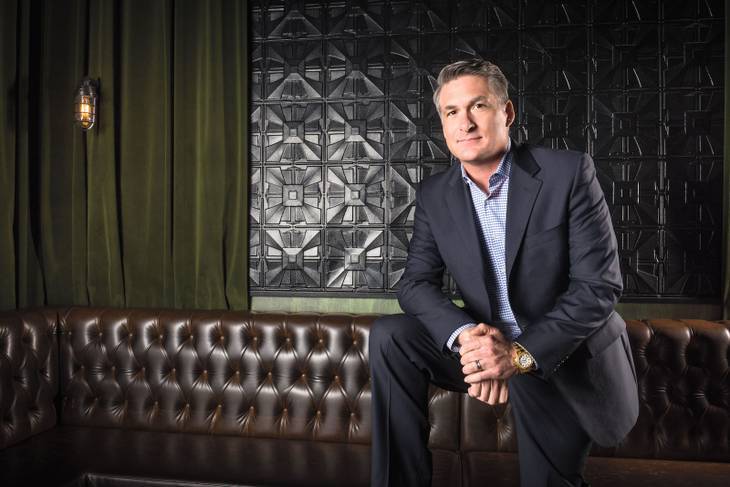 SLS Las Vegas is by no means a neighborhood casino: It’s located on the Strip, which many locals avoid, and a lot of its chic restaurant and nightlife options feel like they’d fit in at other upscale, tourist-focused resorts.

Yet the financially struggling SLS still wants local residents to constitute a significant amount of its customer base. That’s been the goal since the north Strip resort opened last year in the shell of the old Sahara — and the property’s leadership has recently increased those efforts.

Last month, SLS revamped its loyalty club, the Code, with locals partly in mind. Once a more hospitality-oriented program, the Code has shifted to place a stronger emphasis on gaming, with multiple tiers that let players receive better benefits after more play. That’s a standard feature of casino loyalty programs.

Most significant for locals, SLS President Scott Kreeger said the Code now boasts a more attractive redemption ratio for slots — $1 of free play for every 250 points earned — than other big companies that cater heavily to local gamblers.

The loyalty club improvement is one of many recent changes at SLS, which Kreeger characterized as being in a state of “improvement and assessment.” For example, the resort is also transitioning its big nightclub, Life, into a venue that will offer a more diverse entertainment lineup than just dancing and DJs.

Such adjustments are definitely necessary if SLS wants to overcome its rough start.

Stockbridge Capital, the San Francisco-based real estate investment firm that owns 90 percent of SLS, intends to pay as much as $40 million through the end of the year — if necessary — to help the resort “pay its obligations as they become due,” according to securities filings.

In an interview at his office this week, Kreeger admitted that his resort’s “ramp” from opening to success is “probably a little bit elongated from what I think most people would prefer.” Still, he said that was also true of other new hotels — like the Cosmopolitan, which debuted in the vibrant center Strip at the end of 2010 and has yet to report an annual profit.

Granted, the Cosmopolitan opened at a time when the recession was still taking its toll on Las Vegas. But SLS has its own unique challenges, too, chief among them a distant Strip location that’s neighbored by a lot of empty land and unfinished projects.

Kreeger said Stockbridge was “committed” to continuing its investment in SLS while the resort finds its financial footing. At the same time, he knows that SLS needs to become more efficient and create better ways of attracting new customers.

This isn’t the first time Kreeger has been at the helm of a struggling property. Before coming to SLS, he was chief operating officer of Revel, a young hotel-casino that was one of four in Atlantic City to close last year amid brutal economic conditions there.

He’s also well-versed in the art of marketing to Las Vegas locals. For years, Kreeger was an executive at locals gaming giant Station Casinos, a capacity in which he helped open the Red Rock Resort in Summerlin.

Kreeger said his background at Station contributed to SLS boosting its focus on locals since he took over in October.

“When we opened up, I don’t think we were speaking to those local customers in the manner that they’re used to being spoken to,” he said. “The local gaming customer is very savvy. They understand the nuances of where to gamble, and the benefits of gambling at a certain place. So our focus is to not be gimmicky and to be honest and offer a real value to local gambling customers — and at the same time be a lifestyle-oriented property.”

SLS is trying to attract locals even without a buffet, an important staple of neighborhood casinos. The SLS buffet closed in November, and Kreeger doesn’t feel compelled to reopen it anytime soon.

The buffet was too high-end when it opened, Kreeger said, and he thinks the resort is creating good value on food elsewhere. He said the Northside Cafe, which replaced the Griddle Cafe in January, aims to offer “approachable” food that appeals to locals. The resort’s Umami Burger and 800 Degrees pizza joint are also appealing to Las Vegas-area residents, he said.

Kreeger wouldn’t quantify his ideal mix of customers, but generally speaking, he said he envisioned locals fitting in more during the week, when he’d also like to get a lot of convention business.

SLS has made it clear all along that it wants to draw customers who live in Southern Nevada. The resort’s securities filing for 2014, for example, says its target clientele is “both the visitor market (tourists, business travelers and convention attendees) and local patrons.” The filing also mentions locals as targets of the SLS restaurant and brand loyalty strategies.

To the extent those strategies have panned out, Station Casinos — which runs the Palace Station casino not far from SLS — hasn’t shown any signs of feeling threatened. On Station’s fourth quarter earnings call in February, an analyst specifically asked Chief Financial Officer Mark Falcone whether he’d felt any effects of SLS going after locals.

“We wish SLS a lot of success, but we have not had any impact — in fact, zero impact — from their business strategy targeting the locals market,” Falcone responded.

That’s not to say SLS has been wholly unsuccessful in making itself attractive to local patrons.

Anthony Curtis, publisher of the Las Vegas Advisor newsletter, said the loyalty program appeared to be a solid deal for slot play. He said it was a very good start, but that SLS would need stronger promotions in the future if it really wanted to resonate with locals.

“The most important thing for the place is to get bodies in the door, to give those bodies a chance to get lucky there and discover things they like,” Curtis said. “I think they need to do something a little bit more attention-grabbing to bring more people through the door, to give them chance to become their customers.”

Getting customers to come to SLS — local and nonlocal alike — is perhaps the resort’s biggest challenge. The rest of the north Strip is starting to come to life, but it will be years before any of the other big projects reach their full potential. So SLS won’t get a significant amount of foot traffic for a long time.

The MGM Resorts Festival Grounds, the new outdoor concert and festival space across from SLS, brought the resort a lot of customers and visibility when it hosted Rock in Rio USA in May. But the only other event scheduled for that space isn’t until next year.

Three other planned projects nearby — Resorts World Las Vegas, the expanded convention space on the Riviera site and the Alon Las Vegas project on the former New Frontier site — will take several years to complete.

Kreeger knows he can’t wait for the rest of the neighborhood to grow up. That’s why he’s focusing on creating “drivers” — like an appealing program for locals — that give people a reason to make the journey to his property.

“We’ve got to make our way through this for the next couple years independently,” he said. “We can’t rely on other people to drive that traffic. It’s got to come from us.”