Nazarian out of day-to-day operations at SLS 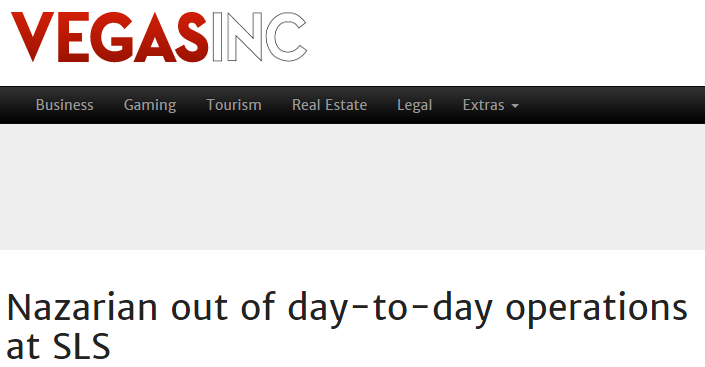 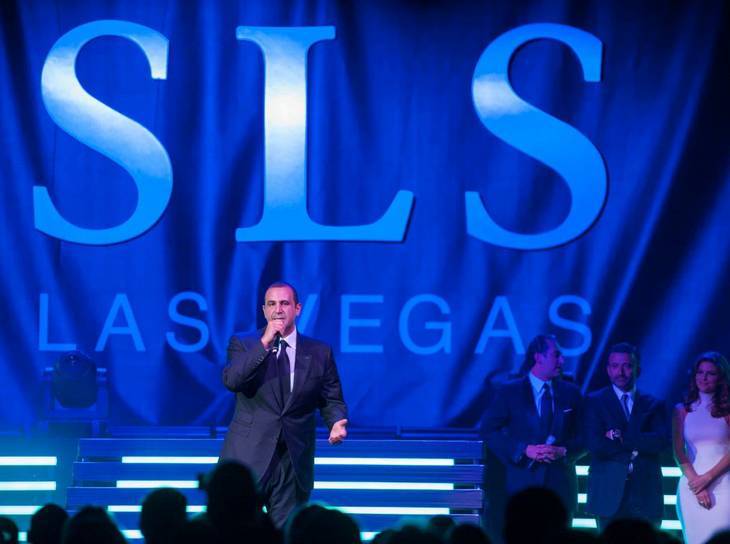 Sam Nazarian will no longer have any involvement in the day-to-day operations of SLS Las Vegas, the resort said Tuesday.

Nazarian has been the driving force behind the property — his company SBE Entertainment bought it when it was still the Sahara in 2007 — but he encountered serious difficulty two weeks ago at a public hearing before Nevada gaming regulators.

In a statement today, the private equity firm that owns 90 percent of SLS cited that hearing as motivating the change.

“Sam brought the leadership, vision and creativity needed to revitalize the former Sahara into the new SLS Las Vegas,” said Terry Fancher, executive managing director of Stockbridge Capital, in the statement. “Following a recent hearing by members of the Nevada Gaming Control Board, we have made a collective decision to change the operating structure for the property, which Sam and I agree is in the best interests of the SLS Las Vegas.”

Under the new structure, SBE will hold onto its 10 percent ownership of the resort and will still operate the nongaming side, the statement said. But Nazarian won’t oversee those operations, and SLS President Scott Kreeger will report solely to Fancher.

“I am extremely proud of what our SBE team has accomplished these past eight years, culminating in the August opening of the SLS Las Vegas, which has been a powerful catalyst for the revitalization of the north end of the Strip,” Nazarian said in the statement. “With the extremely talented executive team led by Scott Kreeger and our dedicated workforce at the resort, I feel my professional efforts are more productively focused on the long-term growth of SBE brands throughout North America.”

After more than three hours of questioning on Dec. 3, the Gaming Control Board recommended Nazarian only for a limited gaming license that would have kept him barred from involvement in the gambling operations. The board grilled Nazarian about his dealings with someone who allegedly extorted him and his admission to using cocaine earlier this year.

The Gaming Commission is supposed to consider the board’s recommendation on Thursday.