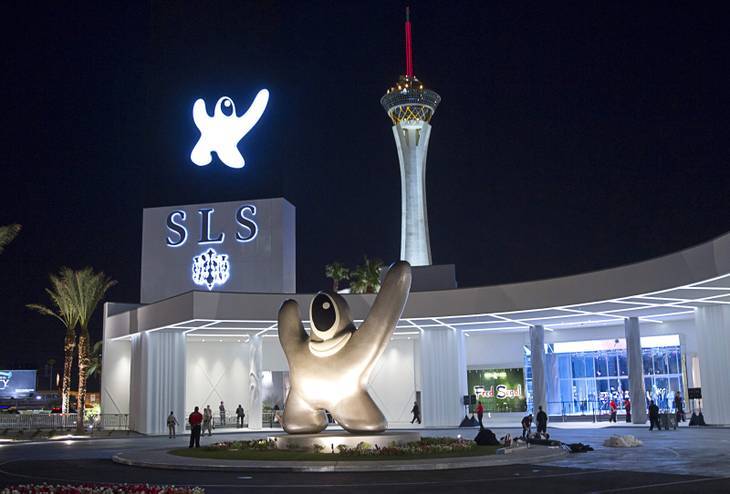 Revenue: About $33.6 million. The SLS opened at the end of last August, so there’s no fair year-over-year comparison, but the resort’s net revenue was $36.9 million in the second quarter. For the first nine months of the year, the SLS reported net revenue of $107.8 million.

For the first nine months of the year, the SLS reported a net loss of $122.7 million.

What it means: The SLS has yet to overcome the challenge posed by its location on the far end of the north Strip, well removed from the foot traffic and visibility enjoyed by the resorts farther south.

Some of those quarter-over-quarter declines should be expected, given recent business changes at the SLS. For instance, food and beverage revenue includes nightlife, and the resort shuttered its Life nightclub earlier this year. The space is slated to become a new live entertainment venue called Foundry Hall. Also, the relationship between the SLS and fashion retailer Fred Segal ended in August.

SLS owner Stockbridge Capital, which has previously owned 90 percent of the resort, is in the process of getting approval from regulators to buy the remaining 10 percent. Stockbridge funded the resort with about $59.3 million in capital contributions through the first nine months of this year, according to the SEC filing. The owner intends to provide sufficient funds through the end of the year, if necessary, to enable the company to pay its obligations as they become due, the filing said.

As it has stated previously, the SLS said in its filing that it has “initiated certain actions” to boost revenue and lower expenses. The resort said it plans to do more this year and next year but again noted that “there can be no assurance that such actions will be effective.”

The SLS said this week that one of its hotel towers will become managed by Starwood Hotels & Resorts Worldwide Inc. next year. The deal will convert the Lux tower into a W Hotel next year and rebrand it W Las Vegas. It will also make the SLS part of Starwood’s Tribute Portfolio, giving the resort access to the Starwood Preferred Guest loyalty program.

SLS President Scott Kreeger said in a previous interview that the Starwood deal should help boost hotel occupancy and, therefore, improve the performance of the resort’s other areas. He also said the SLS continues “to make great progress on the gaming side.”