KeyBank N.A. employees are settling into their new administrative office in downtown Buffalo, but how long they will actually stay there is anyone’s guess.

The bank has a 15-year lease at the 250 Delaware Building, but the 12,000-square-foot space on the sixth floor won’t be large enough for the No. 3 largest bank in Western New York when parent company KeyCorp (NYSE: KEY) purchases Buffalo-based First Niagara Financial Group Inc. 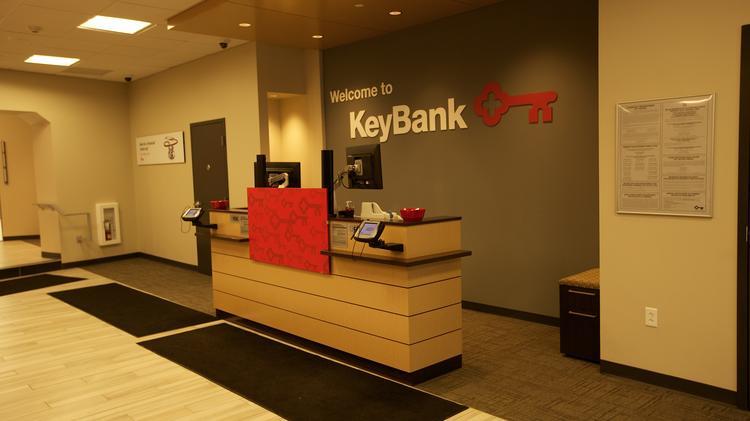 “It’s really early yet because we don’t have regulatory approval,” Gary Quenneville, regional sales executive in charge of New York state, said during a tour of the new office. “As time goes on, we’ll have to figure that out, but that work hasn’t started yet.”

It’s been more than three weeks since Cleveland’s KeyCorp confirmed plans to acquire local competitor First Niagara (NASDAQ: FNFG), the region’s second-largest bank, for $4.1 billion. The deal may be completed as early as next July, pending approval from both shareholders and regulators.

An integration plan is being crafted by KeyCorp that will consider the company’s future real estate needs in Western New York. There is no more office space available at 250 Delaware, so if KeyBank needs to move, it could decide to sub-lease that space.

But where the administrative office would land isn’t clear. KeyCorp Chairman and CEO Beth Mooney said the company may consider First Niagara’s existing facilities, including approximately 24,000 square feet in the city’s Larkinville neighborhood.

In the meantime, 53 KeyBank employees who work in commercial lending, private banking, community development lending and investment real estate are making their home at the corner of Delaware Avenue and Chippewa Street, inside the $110 million mixed-use building that will be anchored by Delaware North’s global headquarters and a Westin Hotel. KeyBank moved in early November from its longtime base at Key Center at Fountain Plaza, where it occupied nearly four times as much as space.

The new office is bright and modern, complete with open workstations and high-tech functionalities. It includes a video conferencing room with two screens, meeting rooms for bankers and clients and an eating area for employees that overlooks Delaware and Chippewa.

“The business concept behind this is that everyone is closer together, so there’s a lot more collaboration across different business lines,” Quenneville said. “You’ll see more dialogue now.”

KeyBank also relocated its Fountain Plaza retail branch to 250 Delaware, where it now has a street entrance. The branch is one of the few within KeyBank’s 12-state branch network that has replaced the traditional teller line with a customer transaction counter and two workstations staffed by universal bankers.

The branch does not have a vault. Instead, it installed a cash recycler that accepts and dispenses money. It also has two ATMs – one inside the branch and one of the Delaware Avenue side of the building.