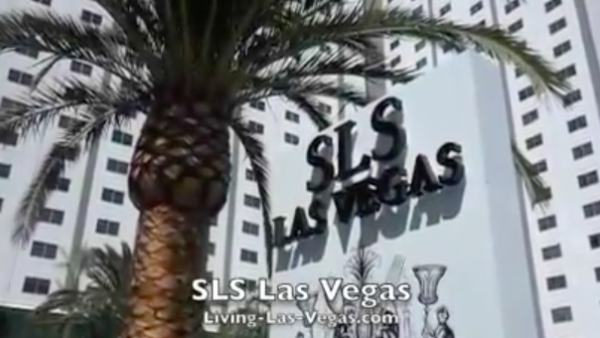 After struggling to re-establish itself amid debt problems, SLS Las Vegas is finally back in the game to compete with other grand hotels on the Strip, the Wall Street Journal has learned.

The business competition among hotels in Las Vegas is pretty tight if not crammed. Thus, it is not surprising that some hotels struggle to fill rooms and get the reception they wanted from the general public and the elite class all the same.

The luxurious property that houses all-suite rooms, a casino and other amenities has undeniably become a quality choice among Sin City tourists and local residents.

Apart from the good reception it's been receiving since the start of this year, SLS Las Vegas has received good news early this month when Stockbridge Capital Partners-the San Francisco-based investor that controls the grand property-reached an agreement with mesa West Capital for a $185 million loan.

According to Securities and Exchange Commission, the loan will be used to pay off the $172.5 million existing debt on the hotel.

"We think it was good risk-adjusted loan and we think the property will ramp up over time," Mesa West co-founder Jeff Friedman said.

At the time, Stockbridge said Nazarian would no longer take active participation in the management of the hotel or casino.

Nevertheless, it appears that SLS Las Vegas has managed to bounce back with the positive reviews it's been receiving.

The Casino Chat pointed out that there is no best part about the property since every facet of SLS Las Vegas is quite stellar and second-to-none.

Its all-suite hotel rooms, commendable restaurants that offer groundbreaking culinary experience, competitive casino and other amenities ensure visitors with a memorable experience that starts at only $65 per night.