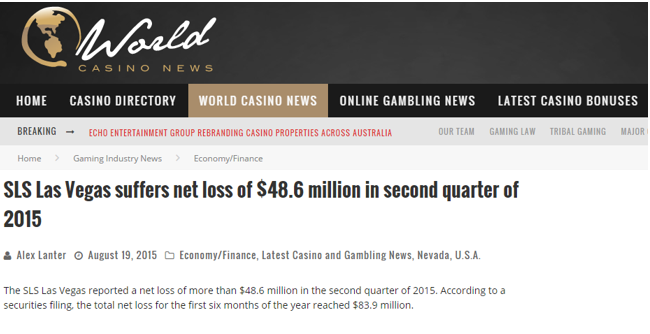 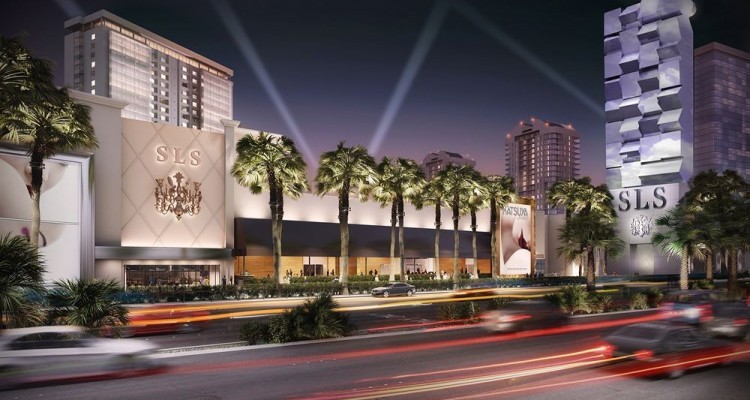 The SLS Las Vegas reported a net loss of more than $48.6 million in the second quarter of 2015. According to a securities filing, the total net loss for the first six months of the year reached $83.9 million.

Stockbridge/SBE Investment, the resort’s owner, said that the SLS had incurred net losses as well as negative operating cash flows “for the six months ended June 30” in the filing with the Securities and Exchange Commission. Stockbridge Capital Partners, a California based private firm that owns 90% of the company, revealed it has funded capital contributions to the casino-hotel of more than $28.1 million through June. According to the information provided in the filing, Stockbridge has intentions to transfer SLS Las Vegas enough funds through December in order to meet the establishment’s obligations.

The SEC filing included a part that highlights how Stockbridge/SBE Investment took actions to reduce expenses and increase revenues in order to boost operations’ results. Additionally, the company pointed out that there are further actions planned for 2015 that should improve SLS Las Vegas’ profitability. However, Stockbridge also said that there “can be no assurance that such actions will be effective.”

SLS Las Vegas Hotel & Casino opened in August, 2014 as a $415 million makeover of the Rat Pack-era Sahara that was closed back in 2011. SLS President Scott Kreeger highlighted that Stockbridge was committed to the long haul future of the establishment.