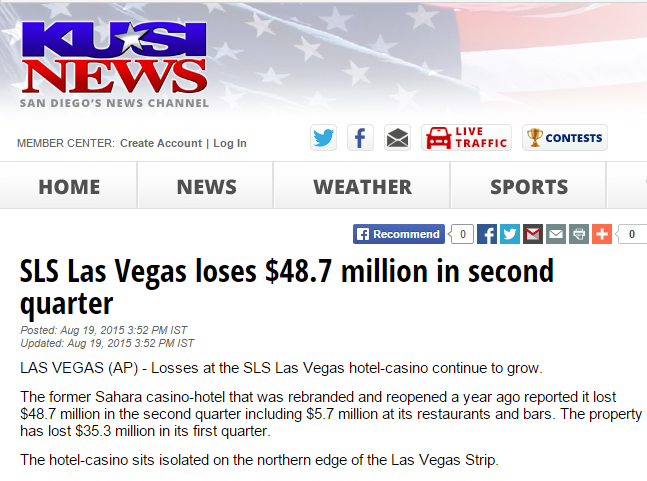 Losses at the SLS Las Vegas hotel-casino continue to grow.

The former Sahara casino-hotel that was rebranded and reopened a year ago reported it lost $48.7 million in the second quarter including $5.7 million at its restaurants and bars. The property has lost $35.3 million in its first quarter.

The hotel-casino sits isolated on the northern edge of the Las Vegas Strip.

Stockbridge has spent $13 million since the end of June to cover the hotel-casino's operations.