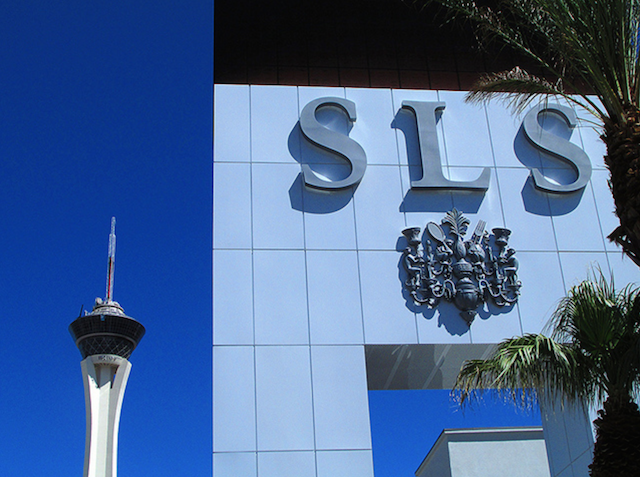 Sam Nazarian is apparently living up to the SLS Vegas' motto to "be legendary," but not in a good way. He now joins the likes of Frank Sinatra, who lost his license at Lake Tahoe's Cal Neva Casino over his acquaintance with mobster Sam Giancana.

Nazarian is the entrepreneur behind SBE, and is known for his huge portfolio of restaurants, nightclubs, and hotels. He's in the hot seat for drug use, extortion, and making payments to convicted felons. All of this information came to light due to an investigation from the state of Nevada's Gaming Control Board.

The board's routine vetting of Nazarian, who applied for a gaming license, has now thrown his Vegas plans into disarray. Investigators unearthed recent cocaine use — along with about $3 million in payments to a felon with convictions for drug possession and money laundering. Some of the money was paid to a convicted racketeer and Death Row Records founder Suge Knight.

Nazarian was required to apply for a gaming license because he has 10% stake in the casino, and the state requires that anyone with more than a 5% stake in a casino do so. The gaming commission examinations are notoriously rigorous in attempt to continue to clean up the city's image. Nazarian failed a drug test that the commission administered in response to his claim that he had only abused drugs in the distant past.

In addition to the SLS Las Vegas, Nazarian owns 51 restaurants, including the popular Umami Burger and Katsuya chains, 17 nightclubs and six boutique hotels across the U.S. An additional eight SLS hotels—including locations in New York, the Bahamas and Beijing—are slated to open by 2016.

Though Nazarian was raised in Los Angeles and developed the SBE brand here, for the past three years he has been living in Las Vegas in an $8.5 million mansion overlooking the Vegas Strip. He told the commission that one of the reasons he moved to Sin City was, "to get out of a certain lifestyle I was around." He also wanted to oversee the revamp of the former Sahara hotel, which, based on the experience of my last visit, was a slapdash remodel to say the least, not to mention the horrendous customer service from start to finish.

Nazarian gave up managing control of the hotel to Stockbridge Capital on Tuesday, but he's hoping to keep his 10% stake.

Instead of a full casino license, the board recommended a one-year limited license that would allow him to share in the property’s gambling revenue but would bar Mr. Nazarian from any decision making about the casino and would require random drug testing. If he is granted the one-year license, he can then reapply for a full license...Mr. Nazarian is still pursuing a full casino license despite the recommendation that he only be granted a limited one, according to a person briefed on the matter.

The matter will be heard by the Nevada Gaming Commission on Thursday.

Update, December 19, 12:30 p.m.: Sam Nazarian will get to keep his license. He expressed regret for his actions and agreed to submit to drug testing.