SLS OMG – Is Their Big Net Loss a Big Deal? 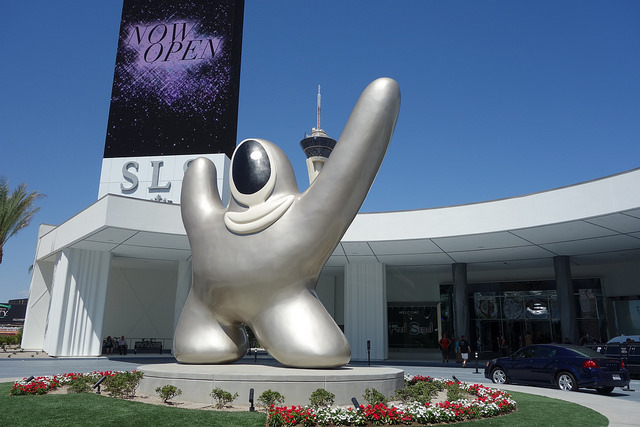 There was quite the brouhaha this week when Las Vegas Review Journal columnist Howard Stutz revealed that SLS, the property quaintly situated at the far north end of the Strip, lost $35M this last quarter. Virtually every Vegas blog and writer made mention of it. Some view this news as the ultimate SLS death sentence. Article comments were naturally hyperbolic. A cacophony of “I told you so’s” erupted. In this episode, I try to make sense of the news and, perhaps argue that it may not be as bad as people think.

The news of SLS’s net loss isn’t exactly positive. But, if we break it down, we’ll find that, like most things, it’s probably not as bad as it seems. Let’s take a closer look and determine what is and isn’t concerning, what the cause may be, and try to determine what SLS can do going forward.

What is not concerning?

The net total overall. Quite a bit of that high number is related to long term debt implications. Prior to this quarter, SLS was operating at a net loss of about $36.8M per month. Much of that was due to pre-opening expenses and, you guessed it, interest. So, the $35M total may seem astronomical, but their bottom line numbers have improved month over month thanks to some debt restructuring. SLS President, Scott Kreeger, was largely panned online after he was quoted saying, “We are in a very favorable financial position.” He was actually referring to their debt rate, which on a new loan was 8.5%, and is actually quite good.

The negative operational cash flow. Essentially, SLS is not making money from its business activities. Besides the expenses for operating the business activities in the casino, restaurants, and such, they need to account for other, managerial and administrative expenses as well. SLS’s cash flow came to a negative $15.4M. Revenue in the 3 of the 4 generating activities were up this quarter. The casino, hotel, and food and beverage categories all show an increased take. Retail sales were down slightly. Gross revenue saw about $10M improvement over last quarter.

The only category that operated as a net loss, and this is perhaps the most troubling, is food and beverage. It lost about $2.6M this quarter. This is actually an improvement over last quarter, in which it operated at an almost $6M loss. It’s getting better, but inconsistent food options, irregular hours, and sudden closings are common complaints of SLS. It may also be disconcerting for SLS given that this category was supposed to be its bread and butter. SBE, operator of SLS, markets heavily to consumers of the club scene. Poor F&B numbers indicate that they’ve been struggling to attract this market. I’ve seen multiple writers simply cite the fact that F&B revenues were far greater than of the casino, but you can’t look at revenue numbers in isolation.

Stutz also threw some of the Cosmo numbers for comparison. Cosmo also had a net loss in their last quarter. Which shows that it’s hard to make money running a casino.

What does this tell us? Well, it means that Cosmo is much more efficient at generating revenue in their casino. This may also give credence to the idea that SLS’s remote location is partly to blame for its poor performance. Now, to be clear, a bad location is not an excuse for a substandard operation, as it can certainly be overcome. The positive numbers coming out of the Stratosphere last quarter exemplify this.

Some think that marketing, or lack thereof, is the main reason for the struggling casino. It’s not a completely unfair assessment. Their promotions have been quite awful. Giving away selfie sticks is not a great way to drum up interest. But, is blame entirely on the the tactical strategies of the marketing team? What exactly do they have to market? The property doesn’t have anything unique or proprietary. Furthermore, promotions are only as good as the product they are promoting. Unless a conversion takes place and consumers engage in a return visit, the promotion is worthless. This is where we really see some struggles. As the esteemed Vegas writer, Marc Meltzer, recently pointed out, the casino has been anything but busy. This is a common observation. People will stay at the hotel, but not engage in any other activities on the property. Bazaar Meat, the steakhouse, gets rave reviews. But is it enough of a draw?

What can SLS do to improve?

There are a lot of ideas being thrown around. It takes a lot of experimentation to find something that hits. Scott over at Vital Vegas recently posted a list of rumored changes expected to take place on site. You can expect changes to their gaming loyalty program, among other things. As of right now, SLS is not a destination. It’s not a bad property by any means. But given its location, that’s not enough. SLS needs to find an area in which it can excel, develop one unique experience that can be a draw. In essence, it has to be adequate in everything, but great in something. Think of similar resorts that leverage a unique asset. Westgate, for example, is a hike from the Strip,but, it has an incredible sportsbook. It’s quite a draw. It’s important to keep in mind that this is still a young property, not even in its first full year of operation. Year two will be absolutely critical. I’m hoping SLS can find its way.