SLS Hotel in Las Vegas Gets Relief In Refinancing Deal 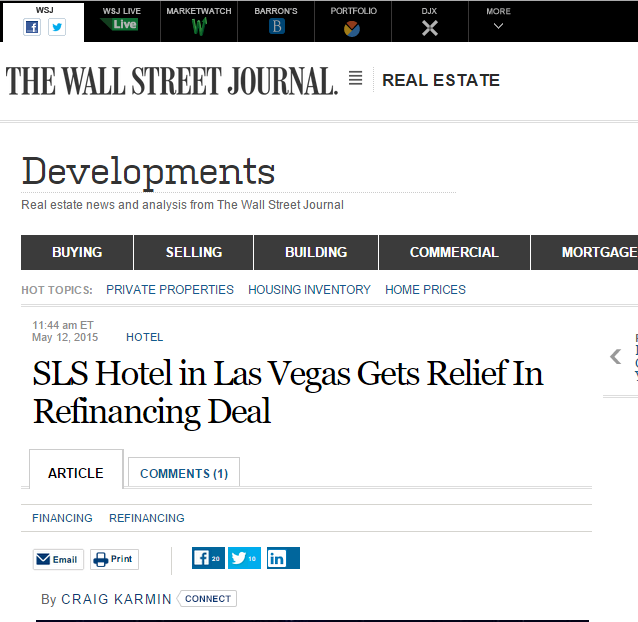 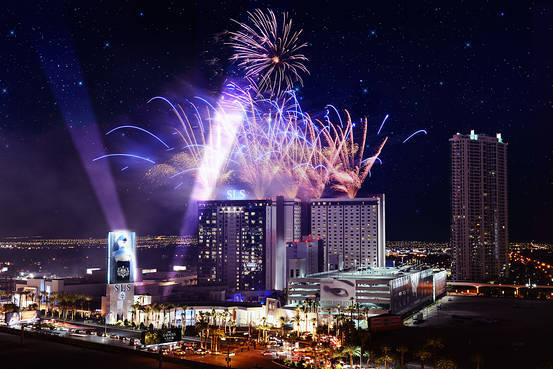 The owners of the SLS Las Vegas hotel got some breathing room after refinancing debt on the property, which has been struggling to fill rooms and compete with other hotels on the Strip.

Stockbridge Capital Partners, a San Francisco-based investor that controls the property, reached an agreement this month with real estate lender Mesa West Capital for a $185 million loan, according to Securities and Exchange Commission filings. The new debt pays off $172.5 million of existing debt on the property, the filings said.

The new financing includes a change in certain loan covenants, according to Mesa West co-founder Jeff Friedman, though he declined to offer details. Standard & Poor’s Rating Services warned last month that Stockbridge risked missing certain financial targets, which would have violated the covenants of the initial loan and might  have caused a technical default.

Mesa West is lending at a rate of around 8.5%, which compares with a borrowing rate of about 13% that Stockbridge was paying on high-yield debt that the new loan retires.

S&P in an April report said that SLS Las Vegas had “significantly weaker-than-expected operating performance” and that the property “will have difficulty ramping up quickly enough … to cover its fixed charges.”

Stockbridge said late last year that its partner Sam Nazarian, founder of the hospitality SBE Entertainment Group that is operating the SLS Las Vegas, would no longer be involved in the management of the hotel or casino.

The move followed Mr. Nazarian’s public appearance before Nevada gambling regulators, where he said he was a victim of an extortion scheme and had used illegal drugs.

Mr. Friedman said his firm made the loan due to its long-standing relationship with Stockbridge, which has borrowed from Mesa West previously.

“We think it was good risk-adjusted loan and we think the property will ramp up over time,” Mr. Friedman said.

Mr. Friedman said the loan was made by a separate account vehicle, not one of Mesa West’s co-mingled funds, because some of his fund investors don’t want exposure to casinos and gambling.