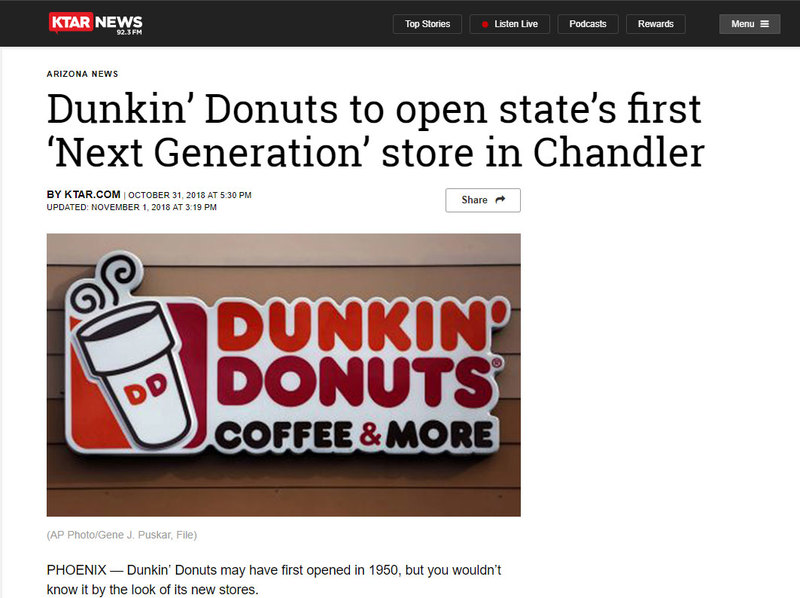 Dunkin’ Donuts may have first opened in 1950, but you wouldn’t know it by the look of its new stores.

Arizona’s first “Next Generation” Dunkin’ Donuts opened in Chandler on Thursday, near Germann and Gilbert roads.

The modern store includes a drive-thru lane exclusively for orders made through a mobile app and a tap system for cold beverages like iced tea and cold-brew coffee.

For the grand opening, there will be there will be performances by the Perry High School band and a local spray paint artist from 7-10 a.m.

There will be free samples, games, giveaways and photo ops with mascots Cuppy and Sprinkles.

A portion of sales from the day will go to the Perry band, Matthew’s Crossing food bank and suicide prevention nonprofit Death2Life Revolution.