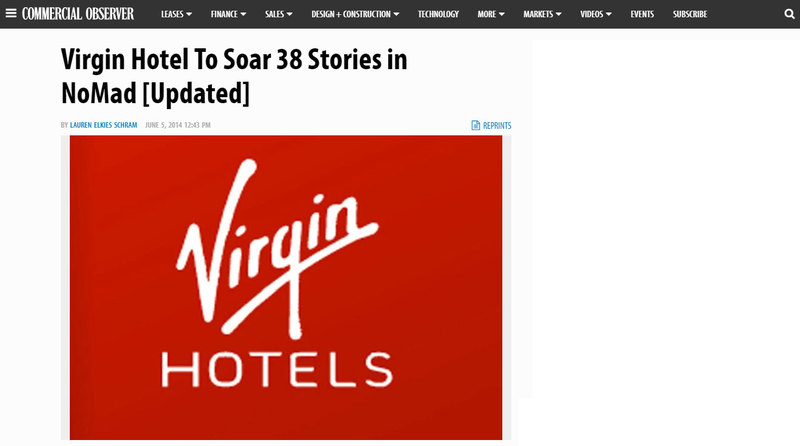 A new Virgin Hotel, slated to open in a couple of years on the block front on Broadway from 29th to 30th Streets, will be a VOA Associates-designed glass building rising 38 stories, Commercial Observer has learned.

The retail will be on the first four floors, with the fourth floor including 12,000 square feet of outdoor space for a restaurant tenant to lease.

“We’re Chinese and the 8 number is a lucky number,” Mr. Lam said.

At one point, the firm had considered constructing two different hotels on the parcels, but now it will be one big Virgin Hotel.