The Virgin Hotel Begins To Rise At 1225 Broadway, NoMad 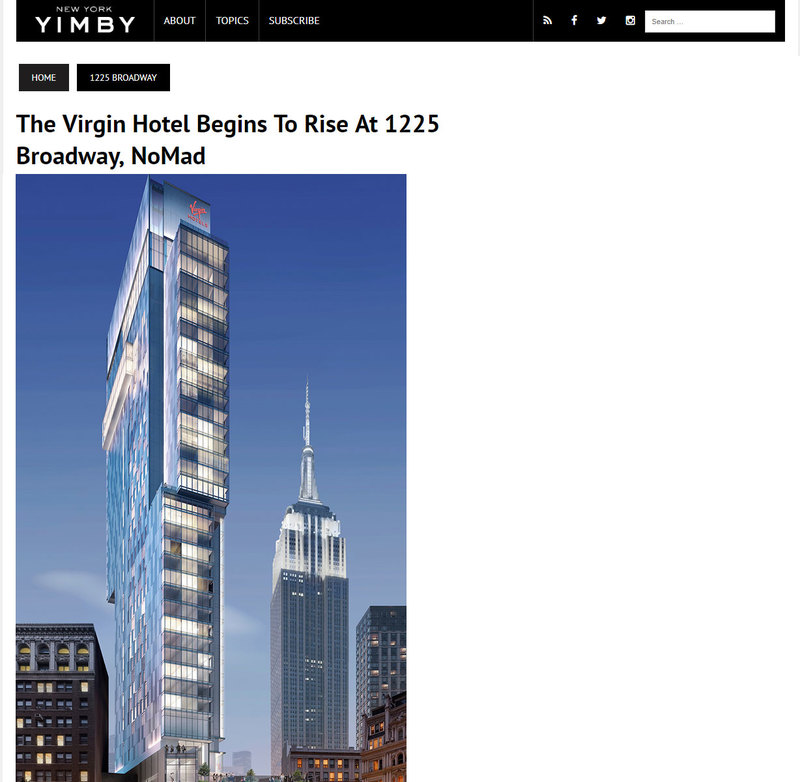 The evolution of Broadway in the blocks comprising NoMad over the past few years has been nothing short of dramatic. Now, the southwest corner of 30th Street is about to become the most prominent example of the neighborhood’s shifting character as the 476-foot-tall Virgin Hotel begins to rise, at 1225 Broadway.

Designed by VOA Associates, YIMBY revealed the project back in early 2015. Demolition of the old structures that spanned from 1205-1227 Broadway wrapped about a year later, and now, the foundation for the tower is about to rise above ground level, per photos from Seamus Conway.

The hotel will have 38 floors and 460 rooms in all, and is being developed by the LAM Group. Originally the site would have been the tallest hotel in NoMad, however, plans have since been filed for an even taller Ritz Carlton just a block to the south, at 1185 Broadway.

Nevertheless, 1225 Broadway will still have the larger room count, and will also come with 100,000 square feet of retail space.

Completion is anticipated by the end of next year.