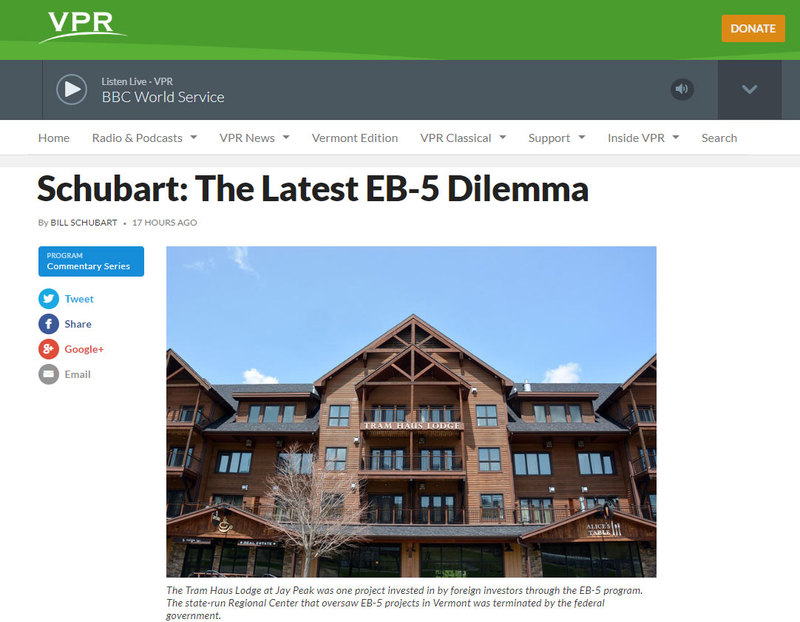 The Tram Haus Lodge at Jay Peak was one project invested in by foreign investors through the EB-5 program. The state-run Regional Center that oversaw EB-5 projects in Vermont was terminated by the federal government.

The EB-5 scandal in the Northeast Kingdom has posed an interesting dilemma.

As Vermonters, we all care about the transparent and just administration of business conducted by our government officials on our behalf. To that end, every Vermonter should want to know what went wrong that brought us to the single largest financial scandal in our history – in which some 700 investors have lost hundreds of millions dollars they invested, and 400 likely will not receive the green cards they were promised. And I would argue that in this instance, our chief objective should be to investigate and pursue what happened so we might all learn from it.

But some argue in favor of a different course of action, designed to defend the financial interests of the State by defending a massive lawsuit on behalf of the overseas investors who’ve become unwitting victims.

A quiet deal to achieve both ends has been struck in which the State Auditor will undertake an audit of the whole affair which is entirely within his statutory purview. In the meantime, the A.G.’s office will defend the six defendants on behalf of the State, which could be liable for any proven malfeasance or incompetence on their part.

Up to now, the only roadblock to this practical solution has been the necessity to share the A.G.’s evidence with the Auditor.
In order to defend the State, the A.G. must be able to shelter certain evidence from “discovery” by the plaintiffs. But to pursue a full understanding of where the State went wrong, the Auditor also needs full access to the same evidence.

As it happens, statute is clear on the subject. The auditor only releases findings and information used in the investigation after any outside pending litigation is resolved. So, in theory, both ends can be met: Vermonters will get a robust defense against the litigants’ claims and, also, finally understand what administrative mistakes or malfeasance got us to this truly sad state of affairs.

We have a moral obligation to pursue both objectives, and without the cooperation of both State officers, Vermont would have faced a Sophie’s choice that would have left us either undefended or ignorant about what actually happened.