How China and Delano became 'family'

When former Delano Mayor Grace Vallejo met the Chinese chairman of a real estate development firm to talk about a massive commercial development, he didn’t speak English and she didn’t speak Chinese, but as luck would have it, they both spoke Spanish.

It was 2005. El Monte-based YK America had come to town at the invitation of former City Manager Abdel Salem, who had worked with the company to bring a Wal-Mart to another city before accepting his job in Delano.

In spite of the language barrier and the company’s general reluctance to do projects in small cities, the pair’s efforts eventually paid off. The 45-acre Delano Marketplace development is well underway with a power center anchored by a Wal-Mart Supercenter, Big 5 Sporting Goods and Ross Dress for Less. On Wednesday, officials broke ground for a second phase that will include a lifestyle center, a movie theater, a hotel and apartments.

At a groundbreaking ceremony Wednesday there was effusive praise for the project as dignitaries posed for pictures with shovels, but the road to that point was fraught with setbacks, which YK America Chairman David Lu alluded to at the ceremony.

“Even though there have been some difficulties, through God’s grace we were able to pull through,” he said through an interpreter. 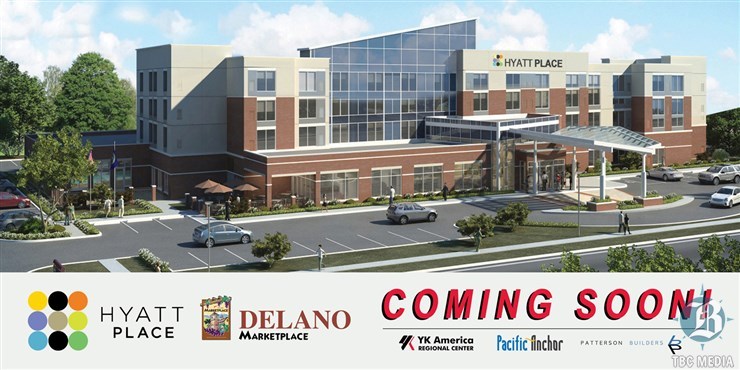 Ten years ago, Vallejo had been determined to entice more national retail chains to town, eager to expand the city’s sales tax revenue, shopping choices and job opportunities. At that initial meeting at a local Chinese restaurant, she had described how Delano was underserved and insisted a retail center would draw shoppers from a much wider radius than just her city.

Plus, it would cut the area’s notoriously high unemployment rate, which was 22.8 percent in 2005, but now stands at 12 percent.

The then-mayor made a persuasive case, and YK America started feeling out prospective buyers and tenants, including the critically important Wal-Mart.

“We sort of reverse engineer, asking the tenants if they think that sort of a project would be suitable for them, and then we move forward,” said YK America Senior Vice President Howard Ting.

There was enough interest from future occupants that YK America started looking seriously at locations.

The city felt betrayed when, a year later, Wal-Mart proposed a site just across the Tulare-Kern county line.

The city and Tulare County had a longstanding agreement for Delano to provide services such as police, fire, water and sewer to Tulare County developments near it in exchange for half of the sales tax revenue the projects generated.

With about $500,000 a year in sales tax at stake, Delano threatened to withhold those services in an effort to get the project moved to Kern County.

Wal-Mart assured the city the Tulare County site was one of several locations under consideration, and ultimately ended up building the store at the Delano Marketplace’s current location at Highway 99 and Woollomes Avenue.

A 190,000-square-foot Wal-Mart Supercenter opened there in 2013, and the entire power center should have about 420,000 square feet of retail when it’s completely built out over the next year or so. Smaller stores there that are open or under construction include Dollar Tree, GNC, UPS Store and Sally Beauty Supply. Eateries include Wild Wings n Things, Panda Express, Taco Bell and McDonalds.

But before the power center could move forward, the city had to fight a lawsuit from Citizens for a Better Delano, an opposition group led by Wal-Mart competitors Save Mart and State Market.

They argued a Delano Wal-Mart would hurt local businesses and increase urban decay. They also contended that the development’s environmental impact report was too narrow because negative ripple effects would extend beyond Delano’s city limits.

In 2009, a judge ordered a broader study of the project’s impact including nearby communities such as Wasco and McFarland.

“That surprised us, definitely, but I guess it shouldn’t have,” Ting said. “Every time a Wal-Mart comes into any area, mom and pop stores get very nervous.”

State Market Manager Rick Davis declined to comment Thursday. Save Mart spokeswoman Stacia Levenfeld did not respond to a request for an interview.

The larger environmental review was done, but it did not stop the project. The next challenge was money. To do something on the scale YK America envisioned, there would need to be investors. Lots of them.

In 2009, YK America asked Vallejo to accompany Ting to China to drum up interest.

There was fertile hunting ground in China because of the U.S. Citizenship and Immigration Services’ EB-5 Immigrant Investor program. Congress established it in 1990 to attract foreign investment. Aspiring immigrants can obtain a conditional permanent resident visa by creating or preserving jobs in new or troubled businesses.

The program is very specific about what kinds of jobs must be created and how many, and there are incentives to go into rural areas with high unemployment. YK America’s project would create 2,000 jobs in a rural area with lots of people out of work, and Ting knew Vallejo was the perfect woman to tell the story.

“She grew up in Delano, and she’s very passionate about the city and bringing prosperity there,” he said. 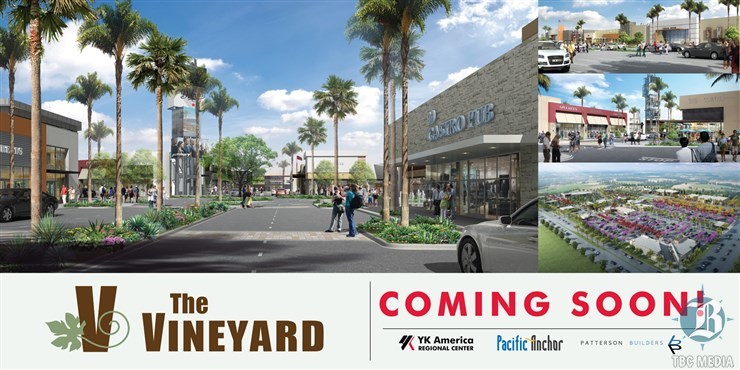 A TRIP TO CHINA

No longer mayor but still a city council member, Vallejo agreed to help even though she found the idea of traveling to China unnerving.

“I had never been outside California in my life, much less another country,” said Vallejo, a retired accounts clerk with the Delano Joint Union High School District. “I was nervous, but I had been very hands-on in all the earlier meetings, and they thought it would help for me to be there.”

Vallejo and Ting did a whirlwind tour of five cities, including Shanghai and Beijing.

“They said it would be fast, and it was fast,” she said. “And one thing I noticed, there was no graffiti on their trains anywhere. It was so clean.”

The Latina’s apprehension about the trip diminished when she realized that Chinese and Hispanic culture has a lot of commonalities, including a deep devotion to family. And she found the clothing of the prospective investors disarming.

“You go to a meeting like that in the United States and everyone’s wearing suits,” she said. “But these people, and these were people with money, they were all very casual. There was this one guy in jeans, and I found out he owned the six-story building we were in.”

Vallejo had to speak through an interpreter and faced competition from an Australian delegation that was presenting at the same time, but YK America got what it needed. To date, the Delano Marketplace has 350 EB‐5 investors, Ting said.

About three‐quarters of them are from China, but the project has drawn money from places as diverse as Mexico, Italy and the Middle East.

Plans in the second phase of construction call for The Vineyard Lifestyle Center and an adjacent Hyatt Place Hotel.

There are also plans to build a 432-unit gated apartment complex.

“The planned, mixed development will reshape the city of Delano’s future as Kern’s No. 1 up and coming city,” said current Mayor Rueben Pascual.

Vallejo couldn’t be prouder, and can’t say enough about the developer and investors who made it all possible.