A piece of the $600 million economic redevelopment plan underway in the Northeast Kingdom is back on track. Vermont’s Department of Financial Regulation has granted conditional approval that allows the ski resort to seek foreign investment for a project already under development in Burke.

Q Burke, named for its co-owner, Ari Quiros, is a big chunk of the economic development puzzle Quiros and his more visible partner, Jay Peak Resort owner Bill Stenger, are trying to put together with foreign money. In exchange for at least $500,000, qualified investors receive visas under the federal EB-5 program. But more intensive scrutiny from state and federal officials has been slowing the projects. 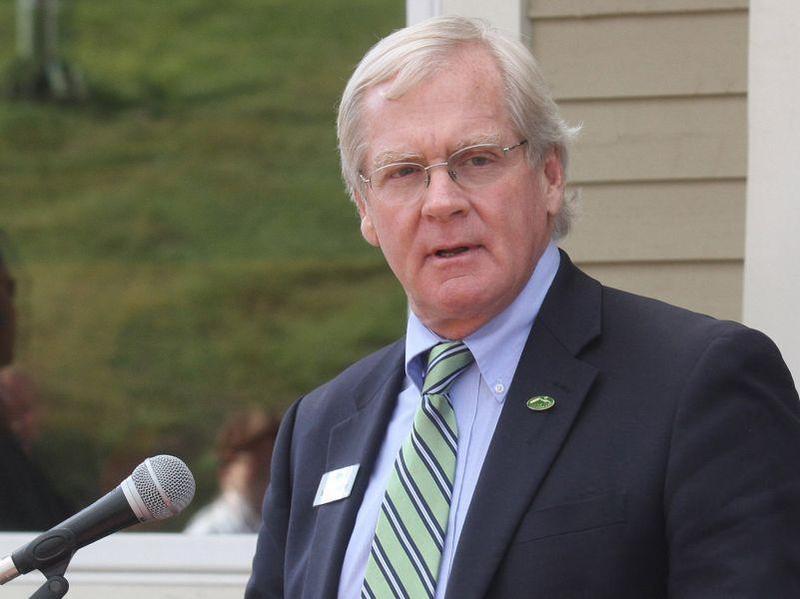 Bill Stenger, developer of several Northeast Kingdom projects using foreign EB-5 investments, has been given approval to seek further investors for a ski resort in Burke.

Now Department of Financial Regulation Commissioner Susan Donegan has cleared the way for Stenger to resume his search for capital needed to complete the $120 million resort upgrade in Burke — under certain conditions. First, any new money must be placed in escrow with DFR.

“More importantly, the hotel and the conference center, some other fees and permits and fixtures have bona fide approval by DFR to pay those third parties and ensure that the money that is being raised by investors goes directly to the projects,” Donegan said.

Donegan says any new investments in Q Burke will stay in escrow until a full financial review is complete. She will not comment specifically on whether Stenger has submitted documentation in a timely way. But she does say that EB-5 review is highly detailed and time-consuming for both the state and the project developers.

“We’re pretty picky here at DFR and we are very thorough and so financial reviews take a long time. And this is the first time that DFR has been involved in EB-5 so I think the projects themselves are getting used to us and how thorough we are,” Donegan said.

The department evaluates  not just Stenger’s EB-5 projects, but others as well. Stenger is on a marketing trip in Vietnam this week pitching to prospective  investors. He says investor interest in Q Burke and in AnC Bio, a bio-tech lab that recently  broke ground in Newport, is strong.  Marketing materials for both projects  now disclose that they are under state and federal scrutiny.

Stenger has said those safeguards make it easier, not harder, to attract investment.