The state’s chief securities regulator will allow the Jay Peak developers to solicit EB-5 investors for the expansion of Q Burke.

Nearly a year ago, the state suspended Q Burke, a ski resort in East Burke, and AnC Bio Vermont, a proposed biotech company in Newport, because of questions about the use of investor funds and the sale of an affiliated company headquarters in South Korea.

The developers, Bill Stenger and Ariel Quiros, are using $120 million in EB-5 immigrant investor funds to build a hotel, conference and fitness complex with an Olympic size pool at Q Burke, and they have begun excavation work for a biotech facility at the Jay Peak Biomedical Park in Newport with $110 million in investor funds.

Stenger and Quiros are expending $282 million in EB-5 immigrant investor funds for an expansion of Jay Peak that includes a hotel and conference center, several townhome complexes, condos, a golf clubhouse and a water park.

More than 800 immigrants have invested in the Northeast Kingdom developments. 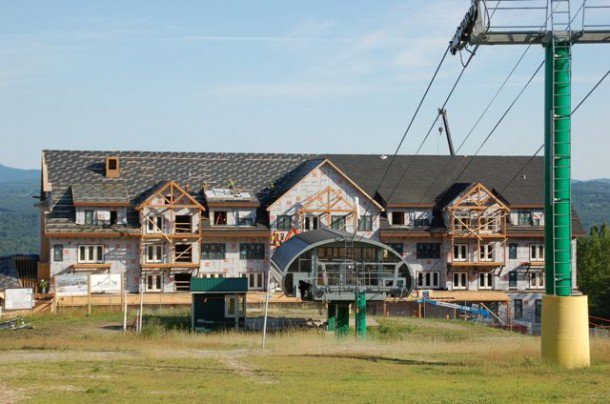 The U.S. Customs and Immigration Service requires that each investment results in the creation of 10 jobs.

Under the terms of the agreement with the Department of Financial Regulation, new EB-5 investor funds for Q Burke must be placed in escrow.

Donegan will allow the escrowed money from investors to become available for “bona fide expenses only for the construction of the hotel and conference center, architecture fees, permits, and fixtures/furnishings” at Q Burke.

The developers will not have control of the distribution of funds; instead, the money will be released by a third party construction project consultant that has been hired by the Department of Financial Regulation.

“I believe DFR has created a workable solution that would provide investor protection while allowing the project to continue,” Donegan wrote in a memo to the developers.

Donegan said the third party administrator for Q Burke will “provide the State of Vermont with assurances that new investor money is properly accounted for and used, since this project is already substantially under construction, even though a financial review is not complete.”

Stenger says the company has resumed the marketing and promotion of Q Burke worldwide.

“We can use all construction related funds and have agreed to have a third party review construction expenses,” Stenger said in an email. “Something we are happy to do. Construction is continuing and the hotel opens in December.”

In March, the department gave a similar “partial clearance” to the developers for AnC Bio on two conditions: Money from any new immigrant investors must be held in escrow; and those funds may not be released until the department has completed a full financial review of the project or “on an investor-to-investor basis upon I-526 petition approval by USCIS, in order to put the funds ‘at risk.’”

Donegan has required the developers, Quiros and Stenger, to disclose in the private placement memorandum for Q Burke and AnC Bio that the Jay Peak projects are under investigation by the Securities and Exchange Commission.

Eighteen months ago, SEC officials began investigating all of the Jay Peak projects, including Tram Haus, Hotel Suites I and II, Penthouse Suites, Golf and Mountain Suites and Stateside.

The developers have been subpoenaed, Stenger has said. Federal regulators are conducting a financial review of AnC Bio Vermont and Q Burke, according to a source who asked not to be identified.

The state is undergoing its own financial review of Q Burke and AnC Bio Vermont, which has been stymied for months by the developers’ unwillingness to submit basic financial documentation to the Agency of Commerce and Community Development and the Department of Financial Regulation, according to internal memos between state officials and the developers obtained by VTDigger.