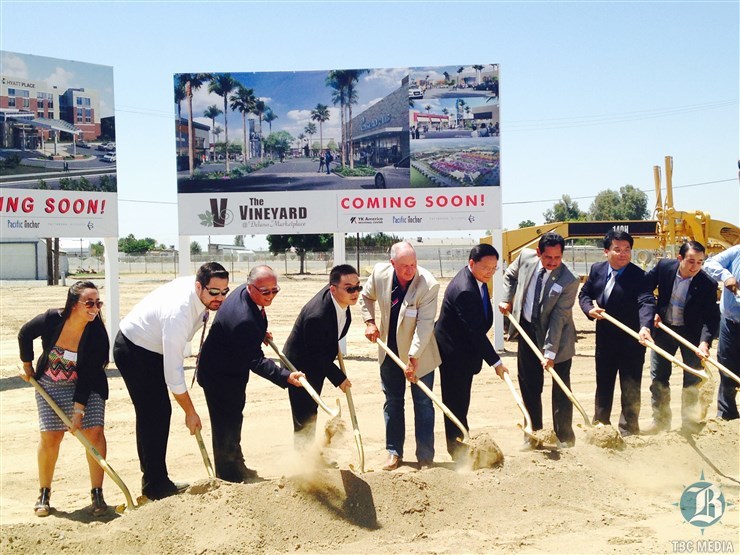 The 45-acre Delano Marketplace development is already well underway with a power center anchored by Walmart, Big 5 Sporting Goods and Ross Dress for Less, but there’s much more to come.

On Wednesday, developer YK America broke ground for another phase of the project — the Vineyard Lifestyle Center and an adjacent Hyatt Place Hotel.

The hotel is slated to open next year, and the lifestyle center is expected to be finished in 2017. When it’s all complete, the entire marketplace project is expected to create about 2,000 jobs, the developer and city officials said.

City, county and state dignitaries praised the project at Wednesday’s ground breaking, which included executives from YK America’s El Monte headquarters and a large contingent of investors who flew in from China.

The project is part of the federal government’s EB-5 Visa Program, which Congress created in 1990 to attract job creating business ventures from foreign investors.

Delano Mayor Rueben Pascual thanked investors and their families, who nodded and smiled when a translator repeated his comments in Chinese.

“We’re really fortunate that you’re all here,” he said. “Thank you for coming such a long way.”

YK America Chairman David Lu, speaking through a translator, said he was grateful the project was moving forward after years of planning, and read Psalm 127:1 from the Bible before the ceremonial breaking of ground with shovels.