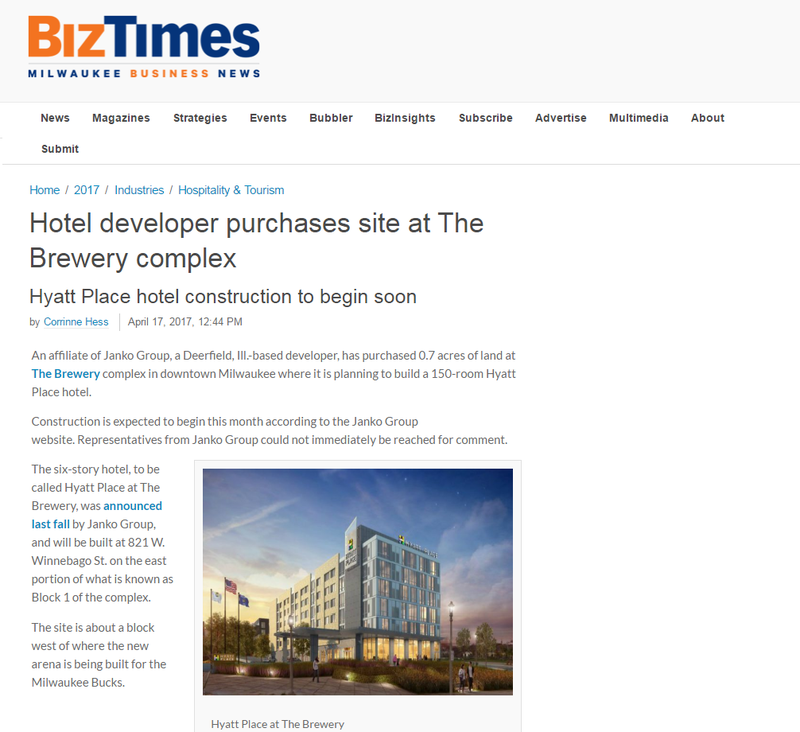 The six-story hotel, to be called Hyatt Place at The Brewery, was announced last fall by Janko Group, and will be built at 821 W. Winnebago St. on the east portion of what is known as Block 1 of the complex.

The site is about a block west of where the new arena is being built for the Milwaukee Bucks.

The Janko Group affiliate purchased the site from Brewery Project LLC, an affiliate of Milwaukee-based Zilber Ltd., for $1.35 million.

The hotel is expected to open in summer of 2018, according to the Janko Group website.

This would be the second hotel at The Brewery. Gorman & Co. opened The Brewhouse Inn & Suites and the attached restaurant, Jackson’s Blue Ribbon Pub, in April 2013.

The Hyatt Place will feature a bar and lounge, 2,000 square feet of flexible meeting space, an outdoor terrace, and a fitness center, according to the website.

The project will be paid with “Contributions from the hotel brand to spur development (known as “key money”) and EB-5 equity financing enhanced projected investment returns,” according to the Janko Group site.