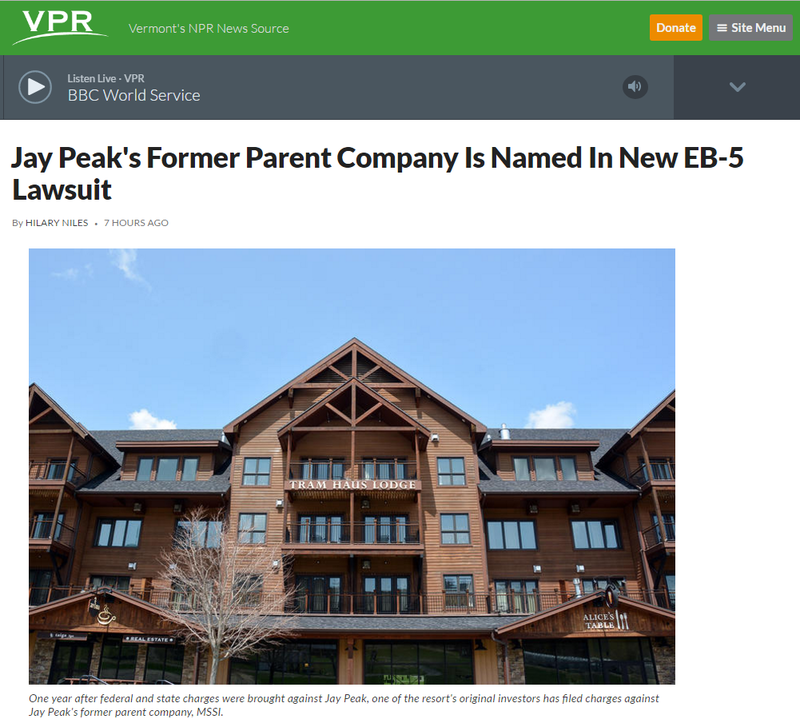 This week marks the one year anniversary of federal and state fraud charges brought against Jay Peak. Now one of the resort’s original investors has added a new twist to the ongoing legal saga: He has filed charges against, Saint-Sauveur Valley Resorts, the owner of Jay Peak’s former parent company, Mont Saint-Sauveur International (MSSI).

Tony Sutton is the London car dealer who, back in 2014, first started piecing together the alleged fraud at Jay Peak. The lawsuits allege that the resort’s developers misused funds raised through the federal EB-5 immigrant investment program.

An investor himself, Sutton has been a ringleader for aggrieved investors ever since trouble started with the massive development.

Last week, he took his actions one step further: He sued Jay Peak’s former parent company, MSSI. He claims they either knew — or should have known — that Ariel Quiros was allegedly stealing investor money to buy the resort from them.

"It looked to me as though a lot more could have been to done to stop it getting off the ground — stopped the whole scheme getting to a point where you had to have the subsequent phase back-filling the previous phase," Sutton said.

The “back-filling” he refers to is the “Ponzi-like scheme” that state and federal prosecutors accused Quiros of last year, along with longtime Jay Peak CEO Bill Stenger. All the lawsuits allege that Quiros didn’t actually pay for the resort with his own money.

"It looked to me as though a lot more could have been to done to stop it getting off the ground — stopped the whole scheme getting to a point where you had to have the subsequent phase back-filling the previous phase." — Tony Sutton, a Jay Peak investor

Instead, he allegedly used investor money to buy it. This left him short on money for the projects the investments were supposed to have funded. Subsequent investments then back-filled the resort's development by paying for those earlier projects.

This allegedly went on and on for years, until the whole operation was locked down and put in control of a federally appointed receiver last April.

The resort is still running. Quiros is fighting the charges, but Stenger settled the civil case against him. A criminal investigation of both men is ongoing. And now Sutton’s suit puts MSSI is in the crosshairs. 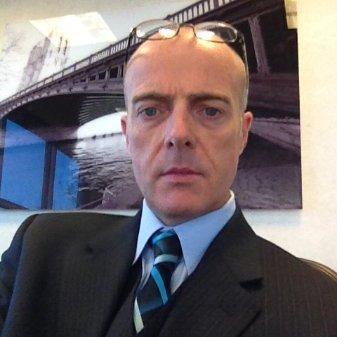 VPR obtained a copy of the complaint against the company. Sutton didn’t want to say much about it when reached in London by Skype last weekend.

"You’ll have to go by what you have in that document because it would be wrong for me to start commenting without running it by the team that’s behind me," he said.

According to the suit, MSSI accepted a mere $350,000 down-payment for the resort. The company performed zero due diligence to ensure that Quiros actually had the financial wherewithal to acquire and run Jay Peak.

And Sutton says MSSI actually transferred $18 million of EB-5 investor funds to Quiros days before the sale was even finalized. Quiros allegedly used that money to buy Jay Peak.

"And had the previous owners been able to ascertain for themselves that Quiros wasn’t using investor funds to buy the resort, there would have definitely been a different view taken, I believe," Sutton says.

Representatives from the company couldn’t be reached for comment. Nor could Michael Goldberg, the federally appointed receiver who’s been running Jay Peak, and its sister ski area Burke Mountain, the past year.

"I've never had any faith in his ability to be able to act really and truly in defense of what we went through." — Tony Sutton, a Jay Peak investor, on receiver Michael Goldberg

Sutton thinks Goldberg should have been the one to file to take action against MSSI: "I’ve never had any faith in his ability to be able to act really and truly in defense of what we went through."

Sutton says he brought the charges because Goldberg himself could have brought legal action against MSSI, but didn’t. 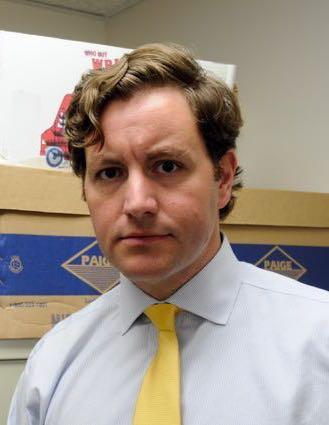 Securities laws allow a federal receiver like Goldberg one year to either file suit, or ask to extend the statute of limitations for legal action. That window closes this week.

Vermont’s Commissioner of Financial Regulation, Michael Pieciak, says Goldberg may have waited because he’s focusing his efforts on bigger fish, so to speak — "and then work his way down to those that might have less culpability or less exposure but still have some skin in the game in terms of some way perpetrating or allowing the fraud to occur."

But, Sutton’s understanding from his attorney is that Goldberg declined to extend his window for bringing charges against MSSI, thereby ruling out the possibility.

That said, Sutton has been told that Goldberg will not interfere or object to the lawsuit in his role as Jay Peak’s receiver.