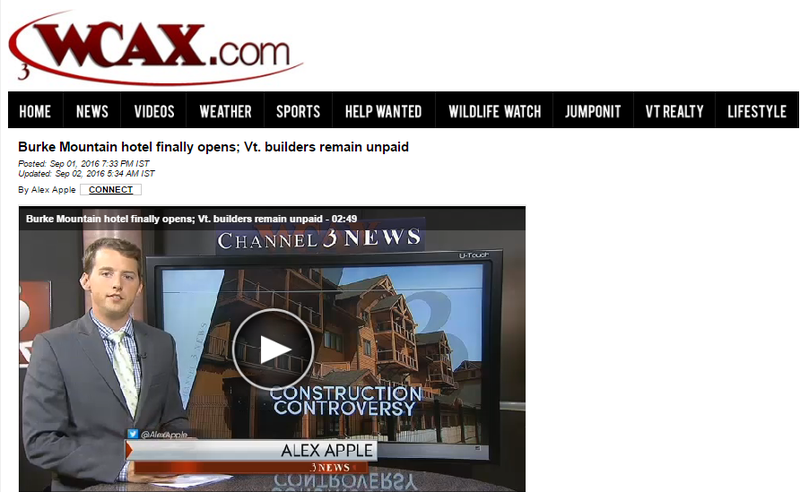 Construction companies in the Northeast Kingdom are searching for answers about the money they're owed. It's collateral damage from the EB-5 program involving developers Bill Stenger and Ariel Quiros at Jay Peak and Burke Mountain.

Construction company PeakCM is trying to recoup the money it's owed for being the general contractor on the new $50 million hotel at Burke Mountain. Until that company gets its money, the laborers that built the hotel can't get theirs either. 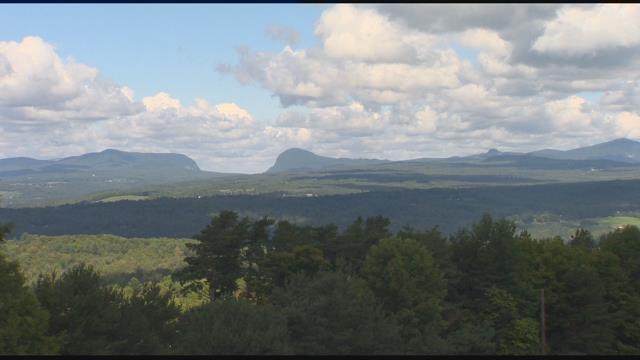 The new Burke Mountain Lodge is open with a view that's second to none. The $50 million hotel has studio rooms, plush suites, an arcade room, four wide-ranging dining options and close proximity to ski lifts. The marketing team hopes it could increase visits to the resort by as much as 33 percent.

"Now they have a place to come and stay if they weren't a local condo owner," said Jessica Sechler of Burke Mountain Marketing. 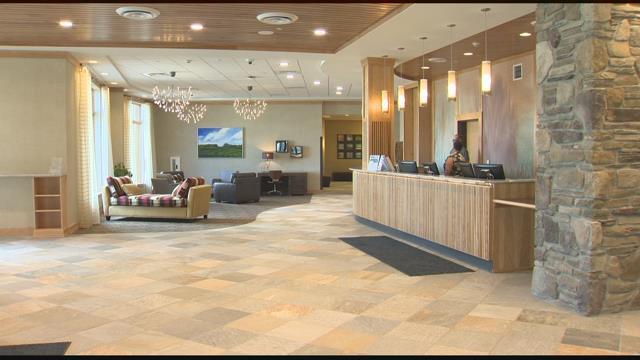 The hotel almost didn't get finished. The Securities and Exchange Commission is accusing the developers, Bill Stenger and Ariel Quiros, of misusing $200 million of investor funds.

General contractors like the Winooski company PeakCM could have walked away from the project when it became apparent project owners were out of money to pay them.

"PeakCM and Jerry Davis have gone out of their way to make sure the project could be finished and available," said Sandy Fead, the lawyer for PeakCM. 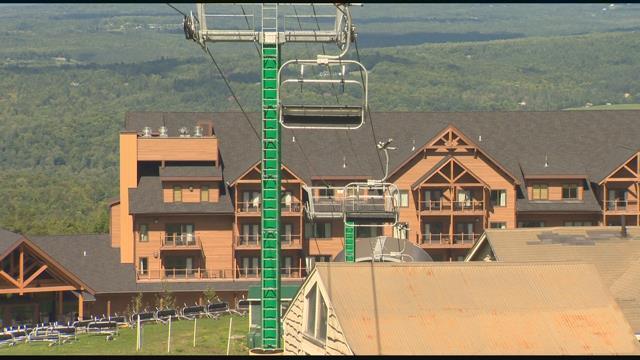 The investigation has frozen the developers' finances, leaving local carpenters, electricians, plumbers and subcontractors with no compensation for building the hotel.

Jerry Davis runs PeakCM, the construction company that hired most of the subcontractors. Because he hasn't been paid, neither have the laborers who did the work.

Davis' attorney says Stenger and Quiros owe him $3.9 million, not including interest and attorney fees for work on the Burke hotel. And $3.7 million of that is owed to subcontractors. 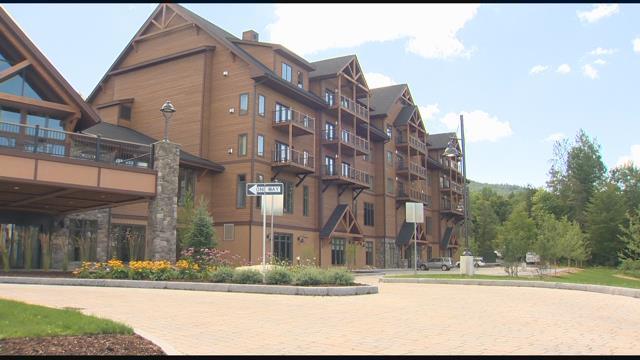 "Under the terms of subcontract, the subs don't get paid until the general gets paid," Fead said.

Fead says the company is also due money for two other Stenger/Quiros projects: $2.1 million for work at the going nowhere biotech company called ANC Bio in Newport and $450,000 for work on Burke's snowmaking system. That's money general and subcontractors won't likely get back until the projects are sold to a new owner.

Contractors who spoke to us anonymously say they have not heard when they will get paid. Fead says they'll likely get their money when the properties are sold.

Some of the money from a recent $13 million settlement between the SEC and CitiBank will go to paying off general and subcontractors. It's unclear how much.