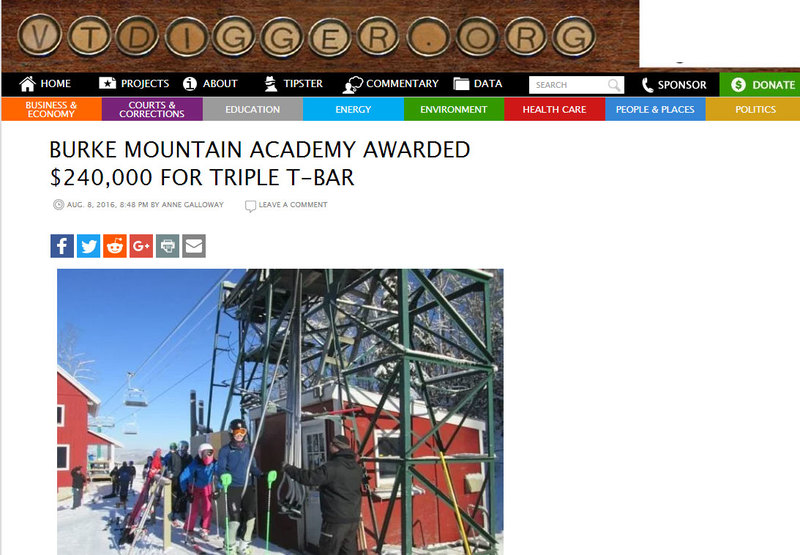 Burke Mountain Academy has won a federal grant to replace an outmoded lift with a high speed T-bar.

The new T-bar will triple the lift capacity for skier transport, according to a press release from the academy.

The Northern Borders Regional Commission awarded a new nonprofit, Burke Racing, which is affiliated with the academy, $240,000 for the project. The T-bar will be installed next year and will be in use the winter of 2017-2018.

Jory Macomber, a BMA alum who was recently named head of the school, says the project is part of a strategy to “deliver world-class athletic development to its students.”

“This mountain has already produced many world and Olympic standouts such as recent BMA alum and current world and Olympic Champion Mikaela Shiffrin,” Macomber said in a statement. “With the new T-bar we’ll be in a strong position to attract racers from all over the region and the broader skiing public to Burke Mountain.”

Burke Racing will acquire the ski lift and snowmaking assets and “enter a long term lease arrangement with Burke Mountain which will operate the assets and will benefit from a low cost option to purchase the equipment at lease end.”

Michael Goldberg, who is managing Burke Mountain as part of a receivership arrangement through the U.S. District Court in Miami, says the academy led the charge on increasing snowmaking capacity. 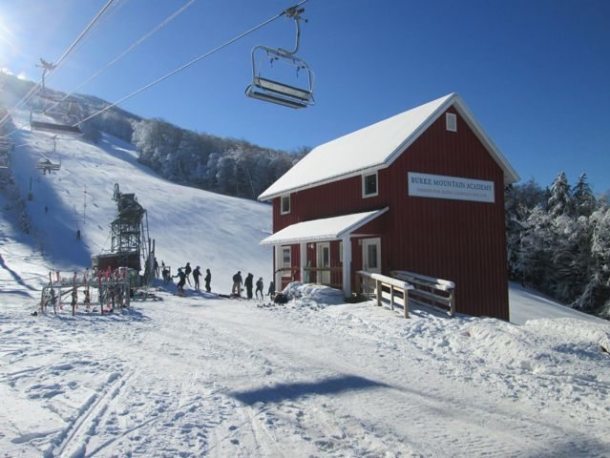 “We are a certain beneficiary, and we appreciate their effort,” Goldberg said in an interview. “We hope one day we will be in a position to be a good partner.”

Burke Mountain has been closed since April when the Securities and Exchange Commission brought charges against the owner of the resort, Ariel Quiros. The SEC says Quiros defrauded investors in Jay Peak Resort, a sister company in the Northeast Kingdom.

Goldberg says the Burke Hotel, a project that was funded through the EB-5 immigrant investor program, will be open the last two weekends in August and will officially open on Sept. 1. Burke Mountain is a popular hiking, mountain biking and ski destination.