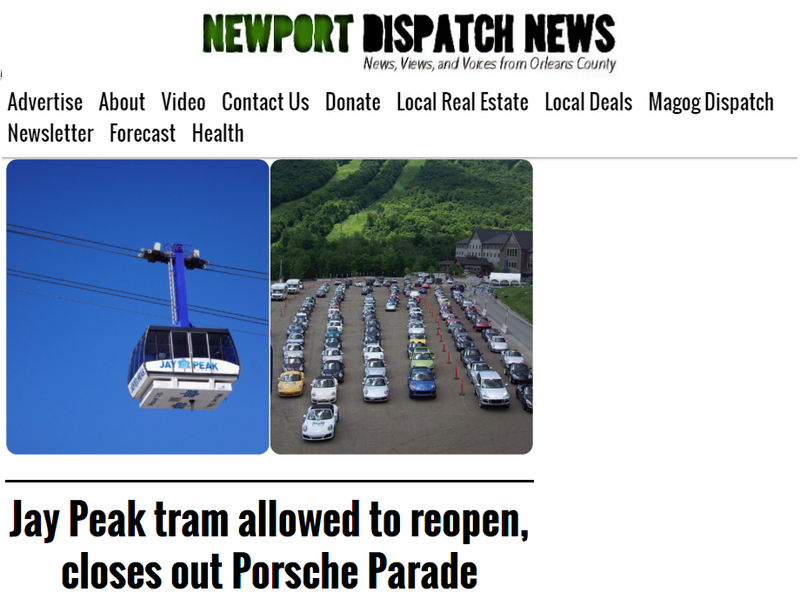 Jay Peak Resort was allowed to reopen its aerial tram Saturday for summer operations after the state had earlier ordered it temporarily shut down.

The resort recently completed a multi-day inspection of the tram. Jay Peak, in cooperation with the state, flew in an aerial tramway specialist and worked with state inspectors to examine the tram and its operating systems.

Inspectors conducted a successful load test designed to ensure that all of the conveyance’s electrical, hauling and braking systems functioned normally under strenuous conditions.

After passing the load test, resort personnel successfully completed and passed an evacuation drill. The team also inspected the tram’s towers and its bolting structures. All were found to be operating normally.

On the last day of the inspection, inspectors found a hairline crack to one of the components on one of the tram carriages. Resort officials say that part was removed and replaced.

State officials certified the tram as operational on Friday.

The resort recently signed a $5 million contract with the Doppelmayr/Garaventa Group to conduct custom upgrades to the tram.

The Austrian-based company will begin fabricating the enhancements shortly as the improvements are all customized and will take approximately 12 months to complete.

Installation of the upgrades will begin in the spring of 2017.

“The inspection process went really smoothly,” said Steve Wright, Jay Peak’s General Manager. “Our Lift Maintenance team’s efforts, along with the rigor and responsiveness of the state’s inspectors, allowed the process to move efficiently and get the tram open in June, which historically has been our goal. Plus, it was nice to have the tram open when the Porsche Club of America was at the resort.”

The Porsche Club of America’s annual Porsche Parade was held at the resort on June 17. The 10-day event brought in close to 2,000 Porsche owners and attendees from around the country.