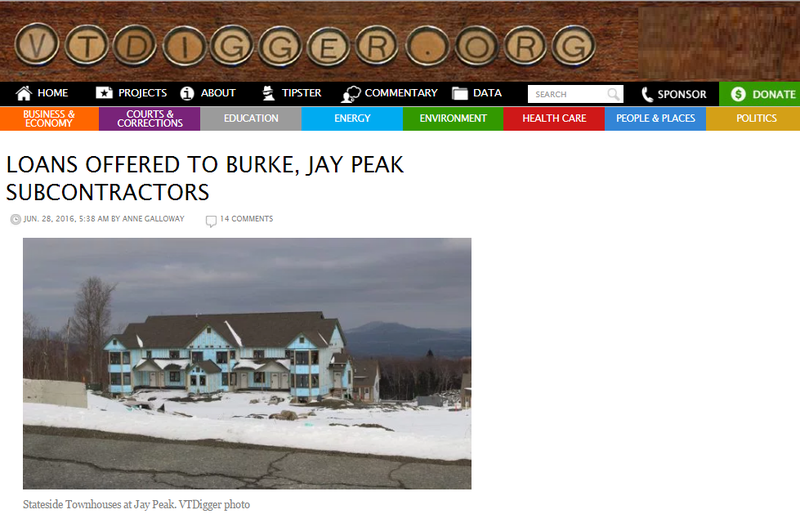 Two lending agencies are offering a special loan program for the building subcontractors who have not been paid for work at Jay Peak and Burke Mountain ski areas.

About $4.6 million is owed to subcontractors that worked at the two resorts, according to documents filed with the U.S. District Court of Southern Florida.

Vermont Economic Development Authority and the Northern Community Investment Corp. have teamed up to give subcontractors access to working capital for up to a six-year period, according to a press release. Loans are available immediately. The first year is interest only at a rate of 4 percent. The maximum amount that can be borrowed is $500,000.

The Jay/Burke Contractor Assistance Loan Program is funded through VEDA’s small business loan program. No state funding will be used.

Jon Freeman, president of NCIC, says the two lenders will consider the needs of each business on a case-by-case basis. “We support the situation,” Freeman said. “The main thing is to keep employment levels up and get businesses through this challenging time.”

Freeman said NCIC and VEDA will look at the financial history, collateral and future prospects for the businesses. “Naturally, businesses don’t want to take on debt if it’s not needed,” Freeman said. “If they do, we’re here to help.”

DEW and Stateside subs walked off the job last summer for lack of payment, and the subcontractors at Burke have gone without pay for more than six months.

They won’t be repaid anytime soon. The Securities and Exchange Commission has charged Ariel Quiros and Bill Stenger, the developers of the two resorts, with misusing $200 million in EB-5 immigrant investor funds. The state also has a lawsuit pending, and the matter is under criminal investigation by the Vermont U.S. Attorney.

Payments for the contractors are now tied up in federal court proceedings and the SEC receivership, which could take several years to resolve.

Pat Moulton, the secretary of the Agency of Commerce and Community Development, came up with the idea of an emergency loan program and asked Jo Bradley, president of VEDA, if they could figure out a partnership to support unpaid subcontractors. Many of the companies are in “tough shape” and “$500,000 is a lot of money to carry.”

“My hope is that these subs who are owed as much as $500,000 to $800,000 will get working capital to assist with cash flow until such time as the receiver can figure out the full liquidation of assets and those with liens can be paid in full,” Moulton said.

“This is borrowing, and that’s not ideal, but it will hopefully ease the cash flow burden until they are paid,” Moulton said.