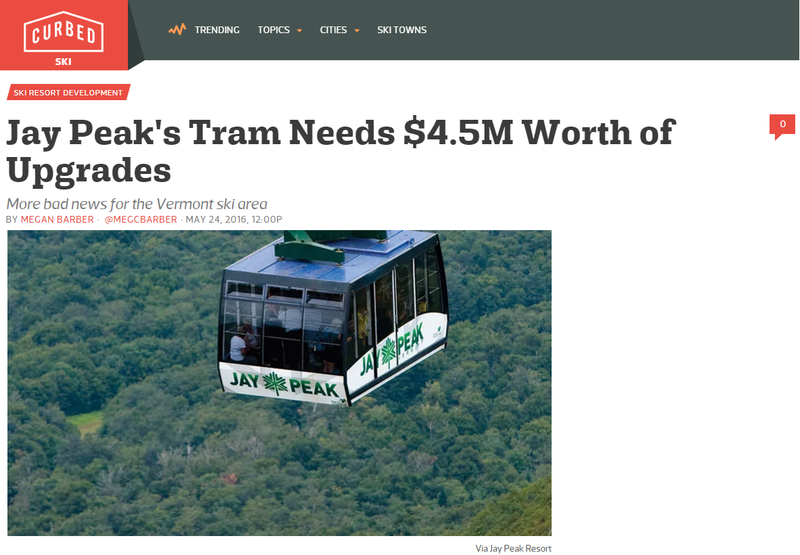 More bad news for Vermont's Jay Peak Resort: the Burlington Free Press is reporting that the ski area's iconic tram needs $4.5 million worth of upgrades before the state will allow it to run this summer.

The large expanse comes at a time when Jay Peak is tangled in a messy scandal. The Securities and Exchange Commission and the state of Vermont filed civil fraud charges against the owners of Jay Peak Ski Resort, accusing them of misusing money from foreign investors intended for development projects.

According to the SEC, more than $200 million was misappropriated by the owners of Jay Peak, Ariel Quiros and William Stenger, in a Ponzi-like fashion. The defendants allegedly diverted millions of EB-5 money into their own pockets instead of towards the facilities investors were told would be built. Then, money from investors in later projects was allegedly used to fund deficits in earlier projects.

Michael Goldberg, the federal receiver appointed to oversee Jay Peak in the wake of the SEC accusations, is in the process of gaining approval from the federal court to pay for the tram's expense.