AnC Bio coming to Newport in May 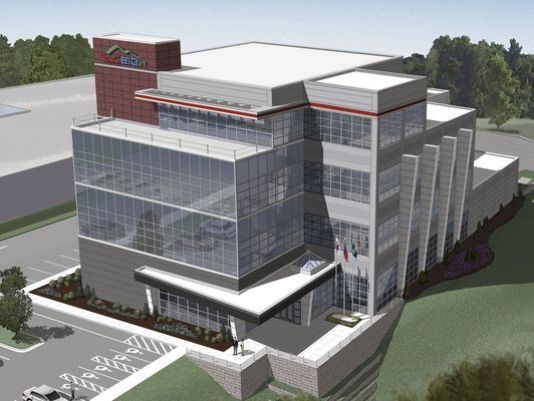 Bill Stenger, president and CEO of Jay Peak, announced Monday morning in the resort's boardroom at the Hotel Jay that AnC Bio Vermont, the biotech company planned for nearby Newport, will break ground on May 14 for the $100 million project.

The state Department of Financial Regulation has approved an updated and revised private placement memorandum for AnC Bio, allowing the project to move forward, but there are conditions attached, said Commissioner Susan Donegan in an interview last week. The private placement memorandum, or PPM, is used to present the opportunities and risks of the project to potential investors.

Donegan said those conditions on the PPM include putting any new funds raised for AnC Bio into an escrow account until her department has completed a financial review of the project and given it full approval. Donegan said she didn't know how long that review is likely to take.

"I felt in this situation it would be prudent to have the requirement that new funds are put into escrow until we're done with the financial review, so if there was a reason not to approve the project I've got investor protection in place," Donegan said.

Stenger has already raised $77 million for AnC Bio, which will be available to begin construction, and not required to be placed in escrow.

AnC Bio is one of the projects, together with improvements at Jay Peak and Q Burke Mountain, and a revitalization of downtown Newport, which Stenger is funding from foreign investors participating in the federal EB-5 program. Under the program, investors receive a temporary green card, allowing them to live and work in the United States, in return for a $500,000 investment in an economically depressed region of the country, such as the Northeast Kingdom.

Once a project is completed and shown to create 10 full-time jobs per investor, those investors receive permanent green cards. Since the early 2000s when Stenger first got involved in the EB-5 program, he and his team at Jay Peak have raised $330 million from 660 investors representing 74 countries.

The projects completed or under way with EB-5 funding include the Hotel Jay and waterpark, Tram Haus Lodge, and Stateside Hotel at Jay Peak and the Q Burke Hotel and Conference Center in East Burke, which is scheduled to open in December.

Stenger said AnC Bio will bring 450 jobs to Newport when it opens in about 18 months, in the late fall or early winter of 2016. He said AnC Bio Vermont will have three revenue streams: clean room rentals, patented medical devices, and adult stem cell therapy for treating diseases.

Stenger said it was "incredibly important" to establish that there would be a robust market for the products and services AnC Bio plans to offer, which is why Frost & Sullivan, based in Mountain View, California, was hired.

"Taking my word that AnC Bio will be successful is meaningful, but most meaningful is to have a third party confirm my view," Stenger said.

Andrews said the market for stem cell therapies is currently about $1.4 billion worldwide, but is expected to reach $160 billion by 2030. She said a major barrier to the growth of the business is the scarcity of manufacturing facilities such as the one planned for Newport, which will produce adult stem cells for use in treatment of disease.

"If only 20 percent of the 318 global late stage trials for stem cell therapy reached the market there wouldn't be enough manufacturing capacity in the world," Andrews said. "AnC Bio is building their facility at a very opportune moment."

Stenger said he has raised $77 million from 154 EB-5 investors for the AnC Bio facility, and needs 40 more investors to raise the additional $20 million he needs to complete the project. That $20 million will go into escrow, as required by the Department of Financial Regulation, but Stenger said he is confident it will be available when needed to complete the project.

The medical devices that will be offered by AnC Bio are a heart pump for use in bypass surgery and emergency interventions, and kidney and liver dialysis machines, all of which are patented. Dr. Jake Lee said there is a "clear niche market" for the three medical devices.