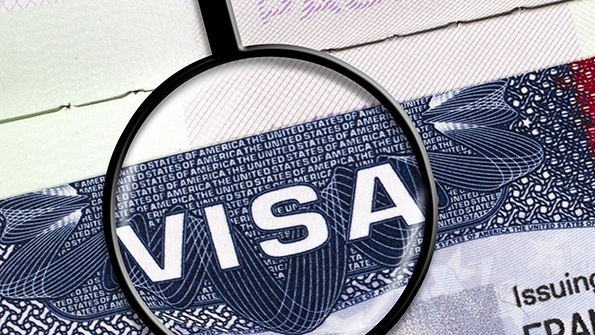 In early June, bipartisan legislation was introduced in the U.S. Senate that would both reauthorize and reform the 20-year old Immigrant Investor Program known as “EB-5” that is set to expire on Sept. 30, 2015. The EB-5 program provides visas for foreign nationals who meet criteria for investing a minimum amount of capital in the U.S. economy and create a set number of jobs.

"It is clear that is has been a profoundly successful program that has stimulated economic development and job growth," says Debbie A. Klis, a partner in the Washington, D.C. office of Ballard Spahr LLP.

The program is aimed at boosting job creation, economic development and investment in areas that are blighted, rural or suffering from high unemployment. One of the key changes on the table under the newly proposed Senate Bill is to redefine the criteria to qualify as a Targeted Employment Area (TEA), which would have significant impact on a project's ability to access EB-5 money.

The minimum investment amount to qualify for the program and obtain the desired visa is $500,000 in a TEA area and $1 million for projects in a non-TEA area. “The overwhelming majority of deals that are getting done are TEA deals,” says Jonathan Bloch, a partner and head of the EB-5 developer financing team at Jeffer Mangels Butler & Mitchell LLP in Los Angeles.

In some states, the definition of TEA has been interpreted very loosely or expansively, resulting in EB-5 projects being granted in areas that are not blighted or struggling with high unemployment. That use has drawn criticism from program administrators and legislators. The Senate bill calls for defining TEAs more narrowly based on a single census tract where a project is located, and that census tract must have an unemployment rate that is 150 percent above the national unemployment rate or about 8.25 percent based on current unemployment levels.

Under current law, there is no national standard for calculating TEA. It is done at the state, county or even city level, depending on the region. For example, California EB-5 projects use 10 to 12 census tracts surrounding the physical location of a project to establish a combined unemployment rate for a broader area to help define whether it does or does not qualify as a TEA, notes Bloch.

There are a number of EB-5 projects that are built in Manhattan, for example. Although Manhattan does not suffer from high unemployment, those projects qualify because they are able to bundle census tracts from nearby Brooklyn and Queens. It is legitimate to do that, because high unemployment areas of Brooklyn and Queens is where a substantial number of construction jobs might be pulled from, notes Klis. Those same projects would not qualify for EB-5 money under the proposed legislative change, and those jobs would not be created. "That could really decrease the use of the program, and I don't think that was the goal," says Klis.

Another notable change is that the new legislation would raise the minimum investment amount, which has not changed in the past 15 years. The figure would increase to $800,000 for TEA projects and $1.2 million for non-TEA projects. However, the general view in the industry is that raising the minimum amount is not going to impact the enormous demand from people overseas to be investors in this program, says Bloch.

There are a number of other proposed changes within the 80-page bill that are aimed at bringing more oversight and efficiency to the program. Legislators and government agencies want to make sure that the money is targeted and goes to the right areas and truly creating jobs, and they also want to make sure there is no fraud and abuse. “So all of those things are being looked at very carefully,” says Bloch.

EB-5 financing for real estate has been exploding since 2008, when financing for new development was very difficult to obtain. The program filled that void and became an important financing source for new hotel construction in particular, says Bloch.

Even now that capital for construction projects is more readily available from traditional investors, EB-5 continues to be an attractive source of mezzanine debt behind traditional first lien senior loans. Unlike traditional mezzanine lenders, EB-5 investors are not chasing yield. They are investing with the primary motivation of obtaining a U.S. visa, while still preserving their investment capital.

Typical yields for EB-5 money providing mezzanine debt are 6 to 8 percent, significantly lower than those offered by the broader mezzanine finance market where rates are upwards of 12 percent, says Bloch. Of that, the EB-5 investor will likely get a return of 1 or 2 percent per year for six years. The financial intermediaries or regional centers allocating that capital also charge fees that raise the overall rate to 6 to 8 percent.

EB-5 money is used in a wide variety of projects, ranging from hotel developments and affordable housing to construction of solar energy farms.

"There are many great provisions in the bill to make the EB-5 program more responsive to the needs of projects, but I think limiting the standard to determine what constitutes a TEA would jeopardize the program and curtail job creation significantly," says Klis.