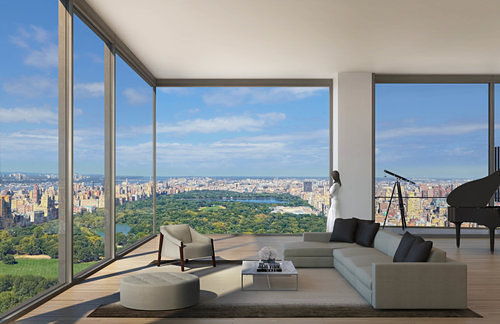 Speculation over the fate of the Helmsley Park Lane Hotel on Central Park South has been fierce since it failed to win landmark status, with expensive condos being the obvious go-to guess for its future. Last week, a new batch of renderings by Handel Architects surfaced that depict a 1,210-foot-tall glassy tower at the site. While some maintain that the renderings don't depict the winning entry in a design competition for the Witkoff-owned property, YIMBY reports that they just might be, being that they're "plastered on the building's EB-5 materials" (which solicit investments from abroad).

Now, a new batch of downright stunning renderings for the same building's interiors have made their way to the public via New York YIMBY and AJSNY (h/t tipster). The renderings show the Helmley Park Lane as a shell for an uber-luxurious, soaring atrium with a living wall, and also include a majorly impressive view of a penthouse outdoor space with a gigantic private pool, and an indoor pool on a lower level. Although the images are exciting, no permits are on file for the tower and the developer remains hush about their plans, meaning these are likely not final. 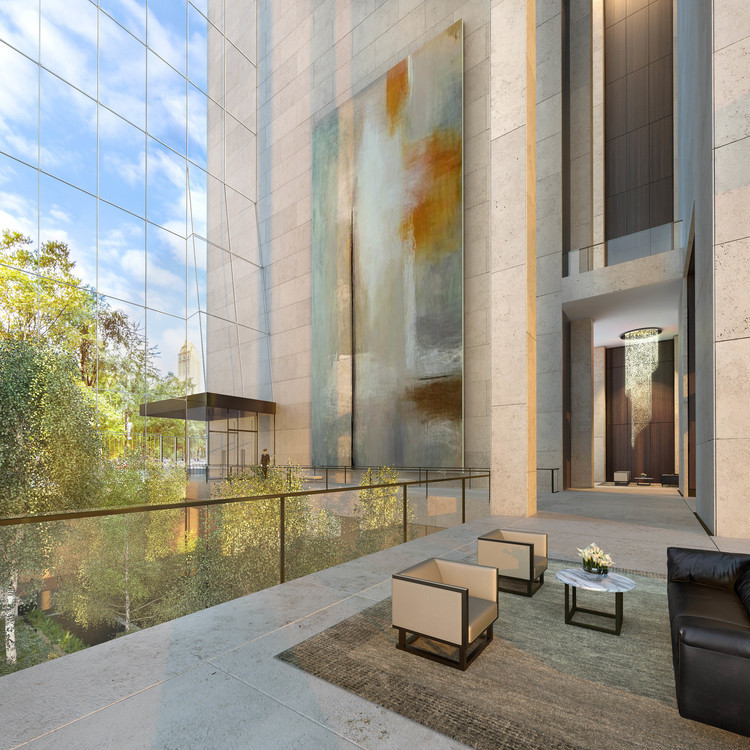 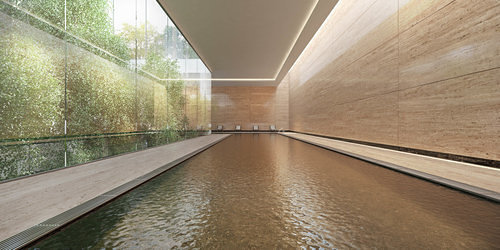 The whole "Is Handel's tower the real deal?" issue is complicated further by a YIMBY tipster, who sent other images depicting a building at the site probably designed by Herzog & de Meuron, and another render obtained by YIMBY shows an 800-foot-tall Pelli Clarke Pelli building rising over Central Park South; both plans that seem to have been left behind in the competition. Until Witkoff speaks up, what exactly will rise at the Helmsley Park Lane will remain a mystery.