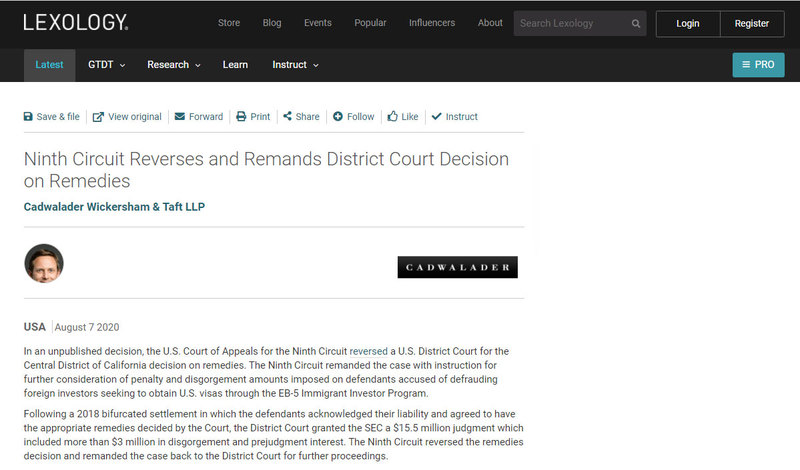 In an unpublished decision, the U.S. Court of Appeals for the Ninth Circuit reversed a U.S. District Court for the Central District of California's decision on remedies. The Ninth Circuit remanded the case with instruction for further consideration of penalty and disgorgement amounts imposed on defendants accused of defrauding foreign investors seeking to obtain U.S. visas through the EB-5 Immigrant Investor Program.

Following a 2018 bifurcated settlement in which the defendants acknowledged their liability and agreed to have the appropriate remedies decided by the Court, the District Court granted the SEC a $15.5 million judgment which included more than $3 million in disgorgement and prejudgment interest. The Ninth Circuit reversed the remedies decision and remanded the case back to the District Court for further proceedings.