Is it time to declare this River North real estate project dead? 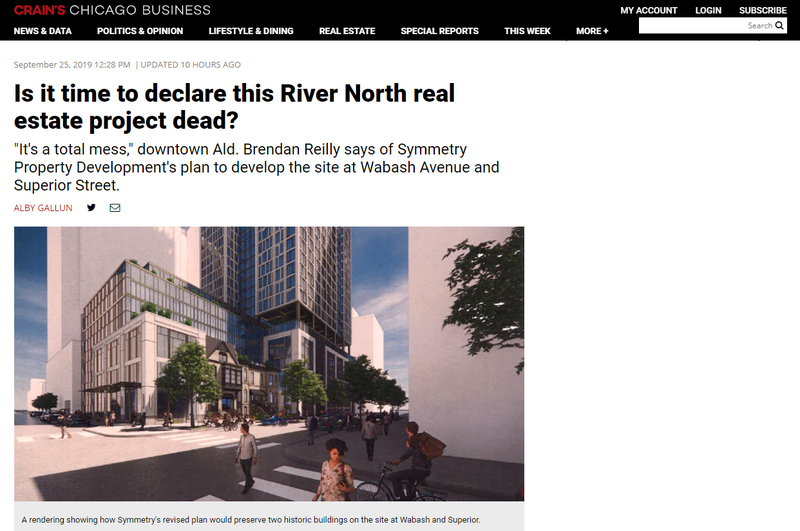 A rendering showing how Symmetry's revised plan would preserve two historic buildings on the site at Wabash and Superior.

Four years into its push to build a high-rise on a prime River North site, a New York developer may need a miracle to get the project going.

Symmetry Property Development must overcome legal problems on multiple fronts and a lack of support in City Hall if it stands any chance of developing the site at the northeast corner of Wabash Avenue and Superior Street.

Symmetry, which had originally planned a 60-story hotel-condominium tower on the property, has suffered more setbacks in recent months, including rulings in a federal fraud lawsuit demanding that it pay back Chinese citizens who invested $49.5 million in the project. This week, about 30 of the investors marched into the Beijing office of the agent that helped raise the money, insisting they get paid back, said Doug Litowitz, a Deerfield attorney representing some of the investors.

Earlier this month U.S. District Judge Charles Kocoras certified the fraud suit as a class-action case, meaning it will cover all 89 people who invested in the project through the controversial federal EB-5 visa program. Critics of the program, which allows developers raise money for projects from foreigners who receive U.S. residency in return, argue that it’s vulnerable to fraud.

Symmetry argues that it isn’t obligated to return the money because it’s forging ahead with the project. The development is just awaiting city approvals, the developer asserts.

“They continue to work with (downtown Ald. Brendan Reilly’s) office and the city to move the project forward, and once they resolve approval with the city, Symmetry looks forward to resolving matters with their investors as well,” said a Symmetry representative. 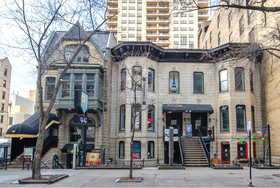 But several obstacles stand in Symmetry’s way, including a foreclosure lawsuit on the development site and legal dispute with Golub, the Chicago developer that owns a neighboring building Symmetry needs for the project.

The firm doesn’t have many friends in City Hall, either. Reilly (42nd), who represents downtown Chicago, rejected Symmetry’s original 60-story plan as too big, forcing the developer back to the drawing board. And the Commission on Chicago Landmarks is moving ahead with a proposal to designate two historic buildings on the River North property as landmarks, blocking any plan by Symmetry to tear them down for a new tower.

Earlier this year, Symmetry revised its proposal to preserve the two buildings, at 42 and 44-46 E. Superior St. Renderings filed in the federal fraud case show how the low-rise, westernmost section of the project would wrap around the two buildings on three sides and even hang over the structures’ existing rooflines.

A tower would rise to the east on the property currently controlled by a Golub venture, the images show. Yet Symmetry would first have to make peace with Golub before it could gain control of that parcel, at 48-58 E. Superior St., currently the site of a seven-story building.

But Symmetry may have to go back to the drawing board again. Reilly rejected the developer’s revised plan as soon as he saw it in July, said a spokeswoman for the alderman.

“There’s no realistic plan before me. I haven’t reviewed plans in months,” Reilly said through the spokeswoman. “The developer and investors are in litigation and there are allegations of fraud flying around. It’s a total mess, and I am focused on the dozens of real projects that are pending review and approval. As such, there is no real proposal, there are no next steps, and there are no approvals pending for the forseeable future.”