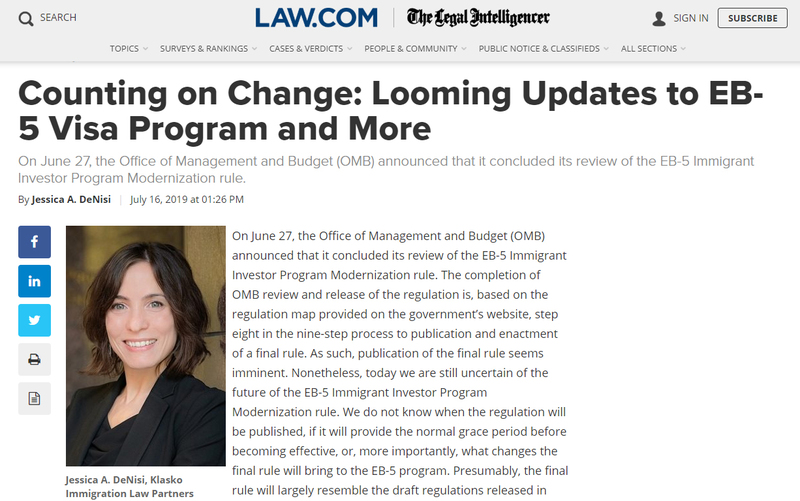 On June 27, the Office of Management and Budget (OMB) announced that it concluded its review of the EB-5 Immigrant Investor Program Modernization rule. The completion of OMB review and release of the regulation is, based on the regulation map provided on the government’s website, step eight in the nine-step process to publication and enactment of a final rule. As such, the publication of the final rule seems imminent. Nonetheless, today we are still uncertain of the future of the EB-5 Immigrant Investor Program Modernization rule. We do not know when the regulation will be published, if it will provide the normal grace period before becoming effective, or, more importantly, what changes the final rule will bring to the EB-5 program. Presumably, the final rule will largely resemble the draft regulations released in January, over two years ago.