U.S. Congress Passes Continuing Resolution to Re-Open the U.S. Government Including EB-5 and Other Programs 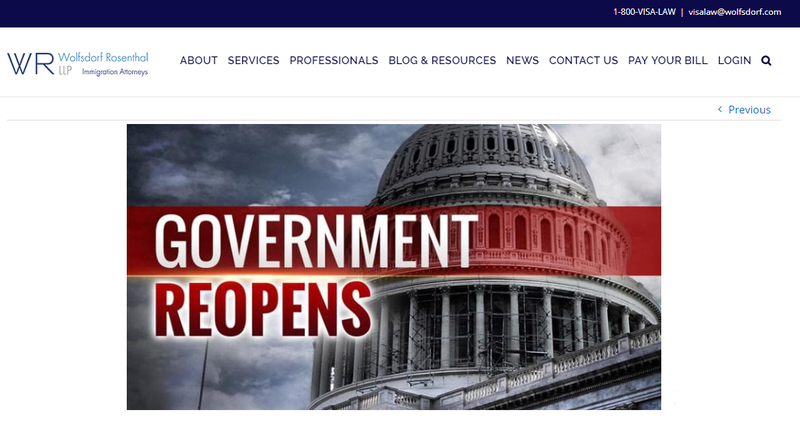 On Friday, January 25, 2019, the U.S. Congress passed and President Trump signed a continuing resolution to fund the U.S. government for three weeks to February 15, 2019, while negotiations continued over how to provide border security. Accordingly, the EB-5 Immigrant Investor Regional Center Program, which previously expired on December 21, 2018, has been renewed through February 15, 2019. E-Verify, Conrad 30 Waiver Program for J-1 medical doctors and non-minister religious workers programs have also been reopened. The USCIS IPO which has been accepting I-526 petitions will now resume adjudicating I-526 petitions.