Seattle's Growth Expected To Continue In 2018, But So Will Challenges 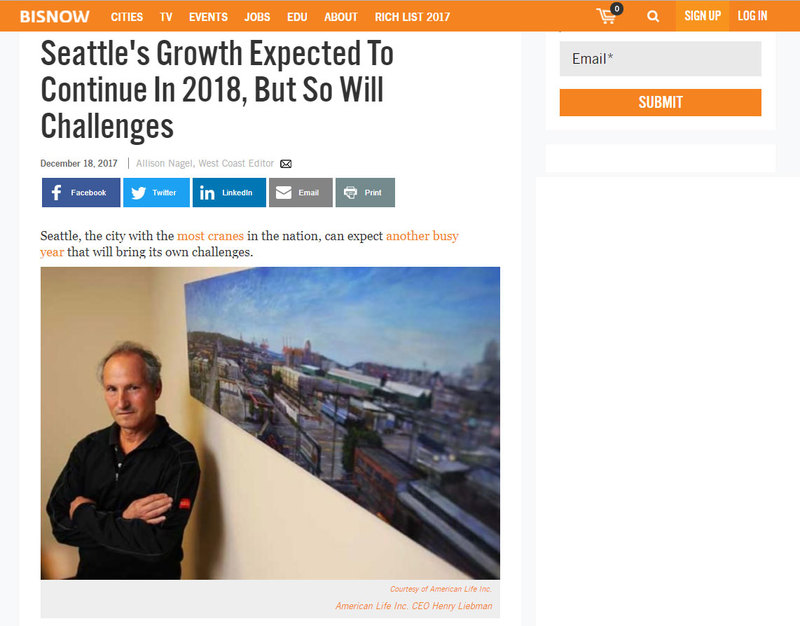 Seattle, the city with the most cranes in the nation, can expect another busy year that will bring its own challenges.

Investor interest and growth has pushed prices in the city to record highs, narrowing opportunities in commercial real estate, Liebman said. His firm is focusing on the value-add side of things for the year ahead.

"We're looking for commercial/industrial properties we can reposition, or build-to-suit," he said.

American Life has projects in Seattle's Pioneer Square and SoDo, including the Embassy Suites by Hilton hotel at 255 South King St. in Pioneer Square. That 23-floor, 282-room hotel was financed through the EB-5 investment program.

Uncertainty about the future of the program for foreign investors creates a challenge for planning out new projects.

The EB-5 program keeps being extended for months at a time without reform. Most recently it was extended through Dec. 22 in the two-week government spending bill, but remains an open question for the coming year. Liebman said he would like for Congress to extend the program so there is some certainty for investors.

Other challenges facing Seattle include the affordable housing crunch and congestion, which create an environment less attractive for residents and employers.

Liebman said the only way to address affordable housing is to provide more housing, and Seattle's Housing Affordability and Livability, or HALA, program does not generate enough money to make a difference in the affordable housing supply. The program also hurts smaller projects, he said.

Liebman would rather the city speed up and streamline its permitting process and change the building code to eliminate requirements that cost too much money or add costs without enough benefits. The city also has too much duplication in the permitting process, which adds time and money to getting projects approved for both the developer and the city, he said.