A federal judge this week froze the assets of a local company that federal investigators have said bilked at least $5 million in securities sold to foreign investors pursuing U.S. green cards.

The order handed down Monday by U.S. District Judge Randy Crane sent into receivership USA Now, a McAllen-based foreign investment firm that was served with a lawsuit from the Securities and Exchange Commission that afternoon.

Such investments allow people to put at least $500,000 in a so-called EB-5 Regional Center — like USA Now — in order to pursue a fast-track toward obtaining a green card for themselves and their families. 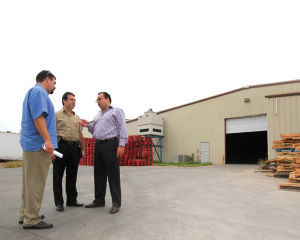 Marco Ramirez, right, with USA Now, talks with realtor Dominic Bazan, left, and Rosendo Gonzalez about a factory space in Pharr on Friday.

But none of USA Now’s foreign investors have received even conditional approval for a green card that would allow them to live in the United States, the SEC says in the lawsuit.

USA Now has operated as an EB-5 regional center since 2010, purporting to have ambitions to land $150 million in investments, director Marco Ramirez told The Monitor in 2011.

During the July raids of Ramirez’s home and USA Now’s offices at North 10th Street and Kerria Avenue, the government seized documents and some property, including vehicles purported to have been purchased using investor funds.

But USA Now had continued to have control over its investors’ money after the raids. The SEC says Marco Ramirez, 42, and at least one other USA Now employee traveled to Nigeria as recently as last month, looking for new investors.

The lawsuit accuses Ramirez and his wife — 39-year-old Bebe Ramirez, USA Now’s director — of diverting more than $1 million of investor funds into their Cajun-themed McAllen restaurant, The Bayou Grill at 5712 N. 10th St., which opened in July 2011 and continues to operate.

Since the allegations against USA Now went public in July, USA Now via its lawyer has denied any wrongdoing.

Ramirez last month went on the defensive in a Spanish-language publication that circulates on both sides of the Rio Grande, saying news reports of the alleged fraud at USA Now have hurt his business and that he has done nothing wrong.

“The most important fact that should be evaluated is that if these allegations made were true, we would not be in operation right now, our bank accounts would be paralyzed,” Ramirez told Reynosa-based newspaper Hora Cero late last month.

That changed Monday, after Crane froze USA Now’s accounts, sending the company into receivership — to preserve whatever assets are left in the firm as it faces the lawsuit.

Prior to USA Now’s designation as an EB-5 Regional Center, the company solicited foreign investors seeking immigration status into two of the Ramirezes’ other newly formed companies that sought the purchase of Betts Energy LLC, an area fuel wholesaler, the lawsuit says.

USA Now hoped to attract 60 EB-5 investors for the $15 million deal, which was supposed to create at least 300 new “direct and indirect jobs,” which would be enough for each EB-5 investor to qualify for a visa, the lawsuit says. Investors were told they would receive a 5 percent return on the project.

For an EB-5 investor to qualify for a visa, their $500,000 investment — which must be managed by a certified “regional center” — in economically disadvantaged areas like McAllen must create at least 10 full-time jobs within two years. Other areas of the U.S. require a $1 million investment.

Many EB-5 investments carry higher risks than traditional projects, which would be able to attract other sources of funding, said David North, a researcher at the Center for Immigration Studies, a politically conservative nonprofit that advocates immigration reduction. 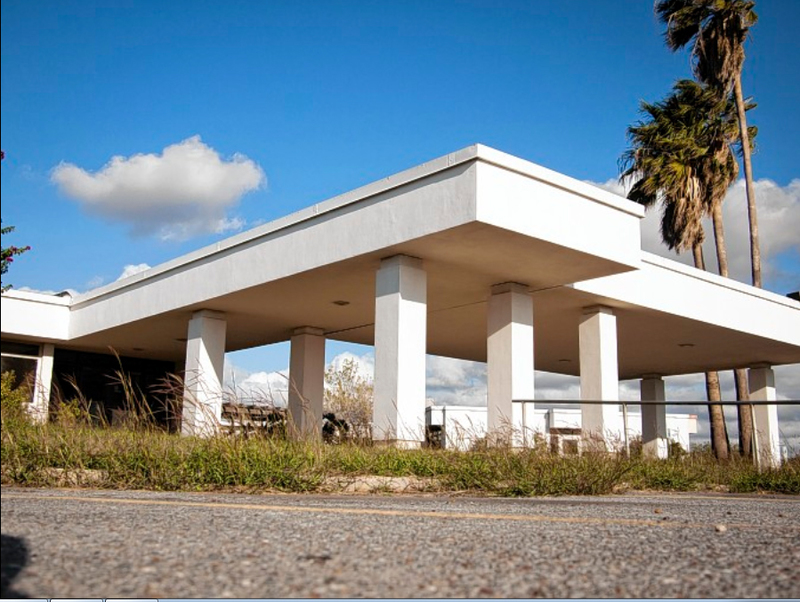 The Dolly Vinzant Memorial Hospital in San Benito is back on the auction block. McAllen-based USA Now announced plans in September to purchase the facility but has since backed out of the deal.

The 21-page lawsuit lodges a complicated list of misdeeds at USA Now, where neither Ramirez nor any of its employees have been criminally charged, but are accused of scamming investors since 2010.

“He looks through these things through the rose-colored glasses of getting the visa and for his entire family,” North said. “This is someone more vulnerable than a seasoned investor looking to invest half a million dollars.”

Unlike other EB-5 Regional Centers — and against the laws that regulate them — USA Now failed to set aside investors’ money while awaiting visa applications’ approval from U.S. Citizenship and Immigration Services, according to the lawsuit.

Keeping the funds in escrow allows the investor to recoup their $500,000, should the government reject their visa application.

That never happened at USA Now, the SEC said.

Instead, the company “routinely diverted investor funds, often on the day received, to other undisclosed businesses or for personal uses” unbeknownst to the client, the lawsuit says, including a Ponzi scheme to pay other investors that had previously been detailed when agents raided the business this summer.

None of the Betts Energy investors have received immigration status in the United States, the lawsuit says. Ultimately, the project failed, leaving its EB-5 investors without the necessary new jobs that would have green lighted their U.S. visas.

“Moreover, USA Now’s bank records show that, contrary to the escrow agreement, the Ramirezses have routinely moved investor money out of the escrow account before USCIS has even received an EB-5 visa application,” or even approved the proposed business plan, the lawsuit says. “Indeed, (the Ramirezes) have often moved and misused investor moneys on the same day the money was received.”

USCIS began rejecting all of USA Now’s visa applications in the summer of 2012. USA Now changed the Betts Energy project to instead put funds toward the Bayou Grill, the lawsuit says.

But that proposal came after USA Now had already been funneling EB-5 money into the restaurant, the lawsuit says.

Many of USA Now’s investors have come from Mexico, where the company has held workshops for potential investors and advertised the EB-5 program as a way for Mexicans to escape insecurity and drug violence.

More recently, the company has targeted investors in Egypt and Nigeria, the lawsuit says.

In September and November 2012, Marco Ramirez and other USA Now employees gave a sales pitch to a group of investors in Cairo.

And in February, USA Now purchased ads and editorials that ran in various Nigerian newspapers soliciting EB-5 investors, with Marco Ramirez and another employee having traveled there twice this year, including once last month, the lawsuit says.

“When they returned to the United States from a September 2013 trip, Marco Ramirez told U.S. Customs agents that he had been in Nigeria soliciting investors,” the lawsuit states.

The new African investors had purportedly been placed in projects piggybacking on the Eagle Ford Shale gas boom across South Texas.

One project, the Eagle Ford Instalodge Group, involved a $1.5 million land purchase, according to the lawsuit.

But the SEC says that investment “appears consistent with their fraudulent practice,” having already diverted some of the money for the Eagle Ford project back to the Bayou Grill.