Land at Port St. Lucie City Center still is tied up in court 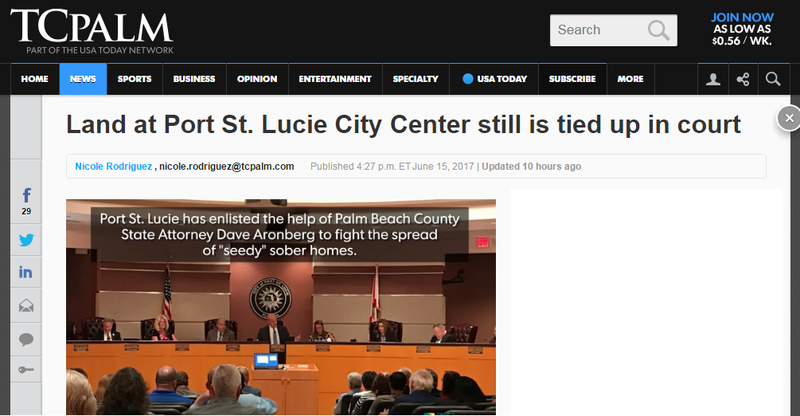 There's still no buyer for the City Center land.

In the past year, court-appointed receiver Michael Goldberg has received permission from a federal judge to sell about $8.2 million in assets of its former developer, Lily Zhong — including two luxury vehicles, a yacht and residential and commercial properties in Port St. Lucie and Palm Beach, Brevard and Broward counties — which were frozen as part of a Securities and Exchange Commission case against Zhong, according to court records.

But Goldberg has yet to find a buyer for the 22 parcels of land comprising City Center, at Walton Road and U.S. 1, which Zhong once promised to convert into a $380 million downtown, according to court documents.

The SEC accused Zhong, a citizen of New Zealand, of fraudulently raising at least $8.5 million from at least 17 investors between 2011 and 2014 through the EB-5 Immigrant Investor Program, and diverting nearly $1 million to buy the expensive items.

Port St. Lucie has been only in occasional contact with Goldberg, said City Manager Russ Blackburn.

Yet in his latest report to the court, filed in November, Goldberg wrote he's in "constant contact with the city of Port St. Lucie" regarding the land. 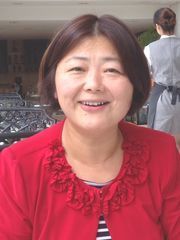 "We know City Center is a very important part of our future as a destination and focal point for mixed-use development," Blackburn said. "We want the receiver to get those properties back into the private sector so that they are part of our vital and vibrant economy."

Goldberg only briefly mentions City Center in periodic reports he files with the court.

In the November report, Goldberg wrote he's had discussions with city officials about how to resolve more than $19 million in unpaid taxes on the property in the event of a sale.

The tax liability issue has been resolved, Blackburn said.

"Whoever buys the proprieties will be buying the tax liability," he said. "The taxes have to be satisfied."

Goldberg, in his report, mentioned potential buyers, but offered no names.

"The receiver is currently in discussions with a developer who is exploring purchasing all of the parcels and is also communicating with several parties interested in potentially purchasing individual parcels," Goldberg wrote.

Goldberg noted he "hopes to be able to reach an agreement to sell all or part of this property in the near future, however, due to the significant amount of taxes owed on the parcels, the receiver does not expect to obtain significant proceeds."

For Mayor Greg Oravec's part, he hopes the area eventually will become a gathering place for residents and visitors.

"I would like to see us fulfill the community’s shared vision and the City Council’s strategic objective — to make City Center the mixed-use cornerstone of eastern Port St. Lucie," Oravec said in an email. 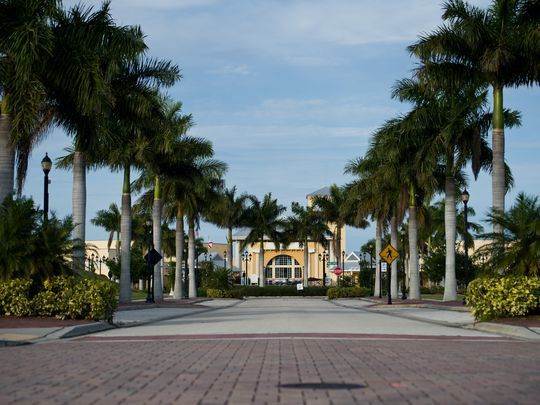 Court-appointed receiver Michael Goldberg has yet to find a buyer for the 22 parcels of land comprising City Center, at Walton Road and U.S. 1, which Zhong once promised to convert into a $380 million downtown.

Zhong purchased the land almost four years ago for $500,000 through her company US Investment LLC. She set up a regional EB-5 center, a federal program that requires foreign investors to put down at least $500,000 each and create 10 American jobs per investor in exchange for green cards. She had virtually no communication with city officials since the purchase.

Zhong faced six counts of violating the Securities Act and Exchange Act. The SEC in November alleged she used money from Chinese investors, intended for City Center and residential projects in Palm Bay, to purchase luxury cars and a yacht.

The SEC and Zhong in March 2016 reached an agreement that bars her from violating the federal laws she was accused of breaking; waives her right to appeal the judgment and its enforcement; and requires her to pay an unspecified amount of fines.