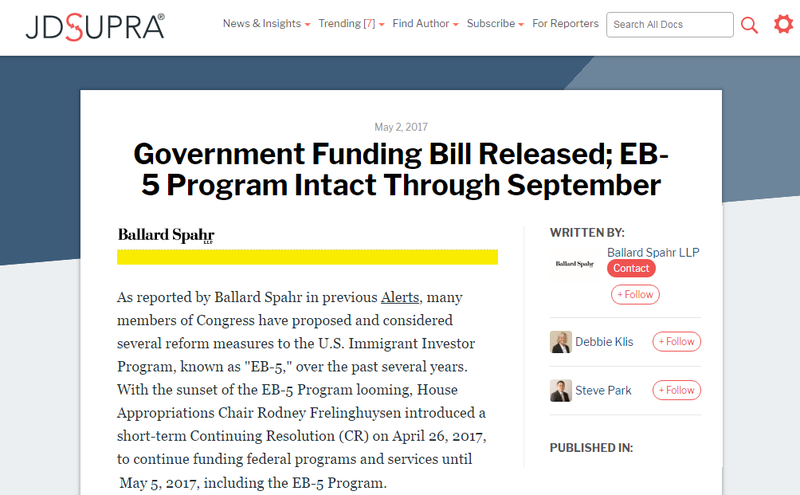 As reported by Ballard Spahr in previous Alerts, many members of Congress have proposed and considered several reform measures to the U.S. Immigrant Investor Program, known as "EB-5," over the past several years. With the sunset of the EB-5 Program looming, House Appropriations Chair Rodney Frelinghuysen introduced a short-term Continuing Resolution (CR) on April 26, 2017, to continue funding federal programs and services until May 5, 2017, including the EB-5 Program.