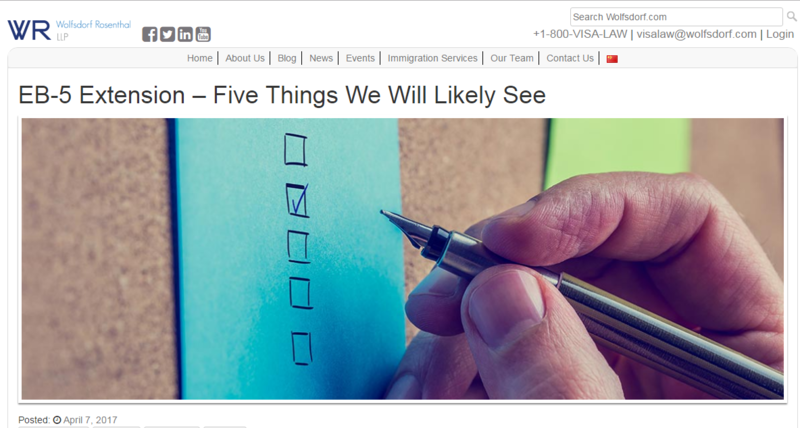 In a letter addressed to congressional leaders Senators Mitch McConnell and Chuck Schumer and Representatives Paul Ryan and Nancy Pelosi, the Chairman and former Ranking Member of the Senate Judiciary Committee, as well as the Chairman and Ranking Member of the House Judiciary Committee, indicated that they “oppose the straight reauthorization of the EB-5 Regional Center program in any continuing resolution or appropriations bill that will cover the remainder of fiscal year 2017.”

The language in the letter indicates that the following reforms will likely be included in any legislative package surrounding the EB-5 Regional Center program.

What will most likely happen, we hear, is that there will be a clean extension of the EB-5 Regional Center program through a continuing resolution to September 30, 2017. In the meantime, we expect a new bill introduced on Congress that addresses the concerns listed above and reforms the EB-5 Regional Center Program that would preempt any regulatory reforms that may be implemented beforehand. One of the major points that needs to be resolved at the legislative level is the “delta” in the amount of investment for projects located in a TEA and those not located in TEA. Nevertheless, we expect to see a lot of messaging in the coming weeks as the current sunset date of April 28, 2017 for the EB-5 Regional Center program gets closer.