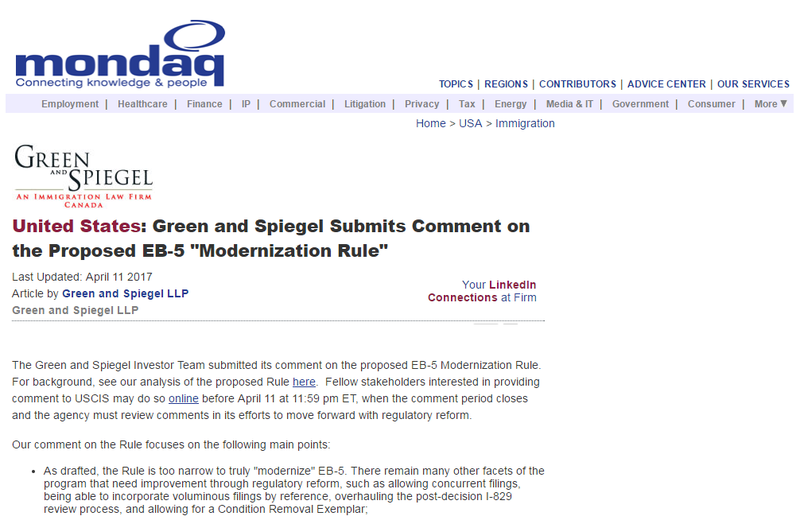 The Green and Spiegel Investor Team submitted its comment on the proposed EB-5 Modernization Rule. For background, see our analysis of the proposed Rule here.  Fellow stakeholders interested in providing comment to USCIS may do so online before April 11 at 11:59 pm ET, when the comment period closes and the agency must review comments in its efforts to move forward with regulatory reform.

Our comment on the Rule focuses on the following main points:

We will continue to provide our readers and clients with updates as USCIS weighs comments to the Rule and moves forward in its efforts to modernize the EB-5 visa. Currently, the EB-5 Regional Center Program is scheduled to expire on April 28, as the community waits for further authorization through legislation.