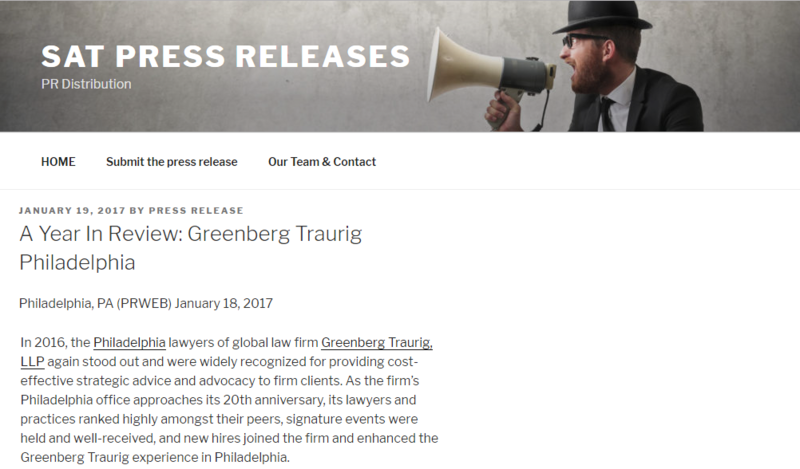 In 2016, the Philadelphia lawyers of global law firm Greenberg Traurig, LLP again stood out and were widely recognized for providing cost-effective strategic advice and advocacy to firm clients. As the firm’s Philadelphia office approaches its 20th anniversary, its lawyers and practices ranked highly amongst their peers, signature events were held and well-received, and new hires joined the firm and enhanced the Greenberg Traurig experience in Philadelphia.

The 2017 edition of “Best Law Firms” marks the tenth consecutive year Greenberg Traurig was top-listed by Best Lawyers in America for having the highest number of attorneys recognized. Forty-one percent of the firm’s Philadelphia attorneys received recognitions from industry publications. Noteworthy recognitions include:

The Philadelphia office participated in over 20 speaking engagements in 2016. Four of the engagements were signature events created with the region’s needs in mind:

The Philadelphia office made several important new hires and key attorney elevations in 2016.