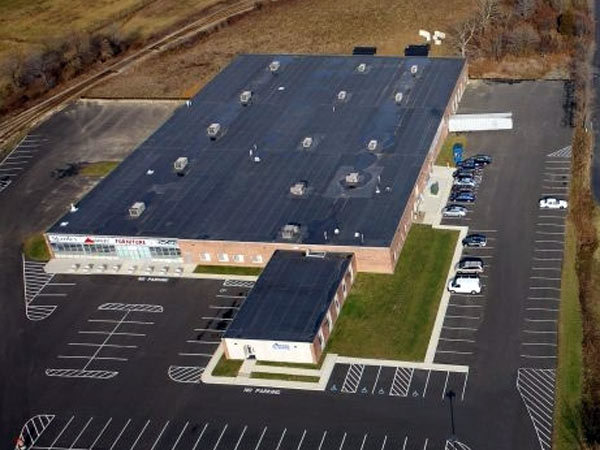 The 61,000-square-foot building at 2801 Grant Ave., near Northeast Philadelphia Airport, has been sold to the Philadelphia-based Iron Stone Strategic Capital Partners

Now, CanAm, which has joined with Philadelphia Industrial Development Corp. on at least two dozen loans for job-creating businesses - may be closing the book on the troubled transaction.

"CanAm Enterprises . . . took a deed in lieu of foreclosure as collateral against a loan that defaulted financially," Grady wrote in an e-mail Wednesday. "They marketed the building for about a year and sold it to Iron Stone, who will lease a portion of it to the Center for Autism."
Proceeds from the sale of the property were used to repay the $2.5 million immigrant-investor loan and a $1.2 million loan from the Pennsylvania Industrial Development Authority, Grady said.

The state loan also was administered by the PIDC, which has cooperated with CanAm on loans for the Navy Yard, Comcast Corp., and the University City Science Center, among other recipients.

CanAm executive vice president Christine Chen was traveling Thursday and was not available for comment.

The company's troubles with Home Care Hospice are the latest to come to light for the federal immigrant-investor program known as EB-5, under which foreign investors can obtain U.S. visas in exchange for investments of at least $500,000 that create 10 or more jobs.

Concerns have been raised that the program could be used by terrorist or criminal groups to gain legal entry into the United States. In a March report, meanwhile, the inspector general for the Department of Homeland Security wrote that a former official seemed to show favoritism in his handling of loan applications.

Legislation introduced this month in the Senate Judiciary Committee would implement background checks for loan recipients and deauthorize companies from matching investors with projects if they were connected to fraudulent activities.

It is unclear whether any of those provisions would have stopped Home Care Hospice's owner, Matthew Kolodesh, who was sentenced to prison and ordered to pay more than $32 million in damages and restitution in May 2014 over the health-care fraud scheme.

Kolodesh was found guilty of bilking Medicare out of $16.2 million by overstating patients' ailments so they would be eligible for hospice services and by billing the agency for services never performed, according to the U.S. Attorney's Office.

When Home Care Hospice came under the agency's scrutiny, Kolodesh began laying off staff as patients were discharged, bringing his staffing levels below the quota for the immigrant-visa loan, according to court filings.

That led him to lie about employee head count to PIDC.

CanAm took the company's property in September 2013, a month before Kolodesh's conviction.

The Center for Autism, which has operated a treatment facility at the site since 2008, is currently the building's sole tenant, according to NAI Mertz, which helped broker the property's recent sale to Iron Stone.

City records put the sale, which closed on May 18, at $3.05 million. The property sold to a company controlled by Kolodesh in 2006 for $1.9 million, city records show.