City Scribbler: Prayer, magic may be only hope for downtown hotel 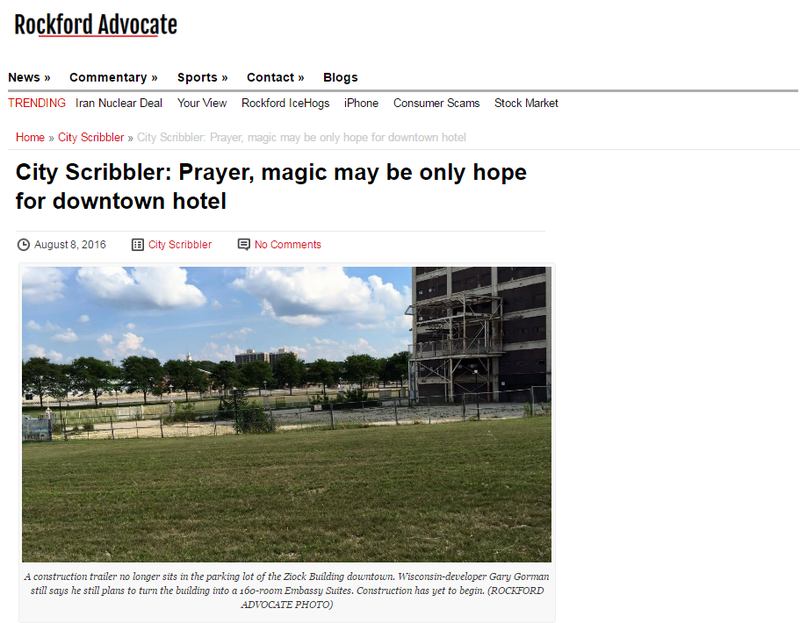 While reports claim construction to turn the Ziock Building into a downtown Embassy Suites could begin this year, the numbers continue to tell another story.

As was the case a year ago, the federal EB-5 program is set to sunset at the end of September. Last year, Congress extended the cash-for-visa program before the 2015 sunset date. Things appear to have changed in 2016, however. That means for the likes of the yet-to-be started Ziock Building, prayer may be the only hope.

The Scribbler believes in prayer. But sometimes God’s answer is NO. What about magic? 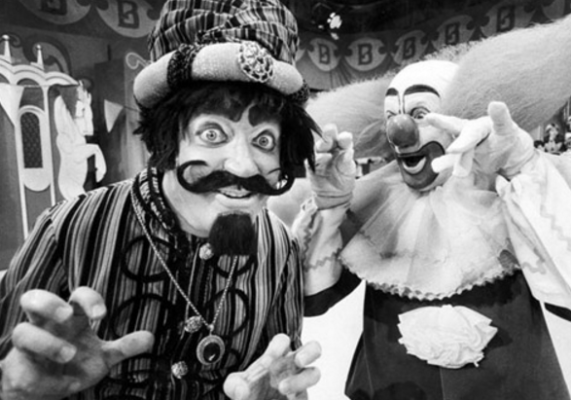 Anyway, here’s what appears to be the skinny on the current state of EB-5. First, the House and Senate will be in and out through October. And because the now-controversial foreign investment program is rife with alleged fraud in a handful of communities, a growing number of lawmakers may just want it to go away–at least for now.

It’s also a presidential election year. Significant legislation probably won’t be passed until after voters go to the polls in November. That may leave those who sold this bill of goods to taxpayers in a rather sticky spot.

Sure, developer Gary Gorman says he’s aiming for a late-summer or early-fall start on the 160-room high rise along the Rock River River. But, the only thing that’s developed on the property is a weed outline of where a construction trailer sat for a year until being removed in July.

The trailer’s absence doesn’t necessarily mean Gorman has no intention of starting any time soon. It could have been moved to the developer’s New Towne Drive public housing project on the east side, where it’s needed more. Maybe that was easier than trucking one down from Wisconsin. Who knows?

The point is, it’s late summer, EB-5 is teetering and all Gary Gorman and Rockford Mayor Larry Morrissey have are some pledges from Chinese investors who have yet to be cleared by the Department of Homeland Security. As of this report, there’s still an almost two-year backlog in EB-5 applications.

Gorman had $11 million in pledges from 22 investors before his fourth trip to China in early July. Because the developer no longer responds to Rockford Advocate inquiries regarding this matter, it’s difficult to know what he netted. Nothing has been reported by any news outlet since the trip. Here’s what we know.

As reported by the Rockford Register Star July 7, U.S. Citizen and Immigration Services authorized a maximum of $33 million in EB-5 funds for the hotel project. That’s $13 million less than Gorman requested when he asked the feds for an increase. He told the daily he aimed to tap eight more investors for a total of $4 million in pledges on his recent trip. So, as it stands, Gorman may have a promised $15 million at this stage of the game.

When we perused these figures in February, the Scribbler used a $46 million EB-5 estimate to illustrate a perfect-world scenario for Mr. Gorman. We now know things have changed. So, instead of subtracting a pie-in-the-sky $46 million from the project’s $67 million price tag and adding in tax credits and “other” federal incentives, we must now recalculate using more realistic numbers.

First, let’s use the same $67 million price tag and subtract the $33 million maximum Gorman could receive from EB-5. That leaves a $34 million hole. We won’t include income-tax credits or phantom federal cash here because they’re gone unless someone shows us otherwise.

If we use current pledges of an estimated $15 million, the project is $52 million short.

Of course, Gorman could secure a bridge loan to close the gap. But, a bridge loan is usually only approved when a lender can verify that financing is coming behind it. Let me “man-splain” it.

Take, for example, a borrower who applies for construction financing to build a new dwelling in a nice Rockton, Illinois, subdivision. He’s first approved for end financing– the home loan he’ll start paying back a month after he moves in.

After the bank verifies that the end loan is in place, it will make the construction loan to cover the cost of building the house. When the project is finished, the construction loan is paid off at closing when end financing moves into first lien position. It’s the same concept in commercial lending.

So, you may be asking, “Is there a lender out there that would approve a bridge loan without verifying that the borrower has end financing?”

Of course, there are various lines of credit and a number of hotel loans out there, something Gorman certainly knows about. Whether he’s secured either for this project, however, remains a mystery.

Keep in mind, hotel loans are fickle animals. Few are made beyond the $10 million to $15 million range these days. And, in today’s market, some banks want 30-50 percent equity from the developer. In this case, we’re talking anywhere from $20 million and $33.5 million.

Hotel lenders almost always require assurance that projects will be completed on time and within budget. They get this assurance through recourse loans, bonds and other collateral. But let’s stop right there. We’ve already know lenders aren’t making hotel loans in Rockford. If they were, Cliffbreakers would not have come to the city for rehab financing.

Again, Gorman won’t talk to us, but he has said plenty to the Register Star, which is now fully vested in downtown development with the opening of Rock Valley College’s downtown campus, now on the second floor of the news tower. And it’s safe to say the editorial board will back a mayoral candidate who can further the downtown push, even if it means stumping for all-but-dead hotels.

“Developers get into trouble starting projects they don’t have the money to finish,” Gorman told the daily in July. “I’m not going to do that. In deals like this you just have to keep hammering away until it’s done.”

The question at this point isn’t whether Gorman has money to finish the project. It appears we should be asking if he as any to start it.